When Tragedy Strikes, Maine Local S-6 Takes Care of Their Own 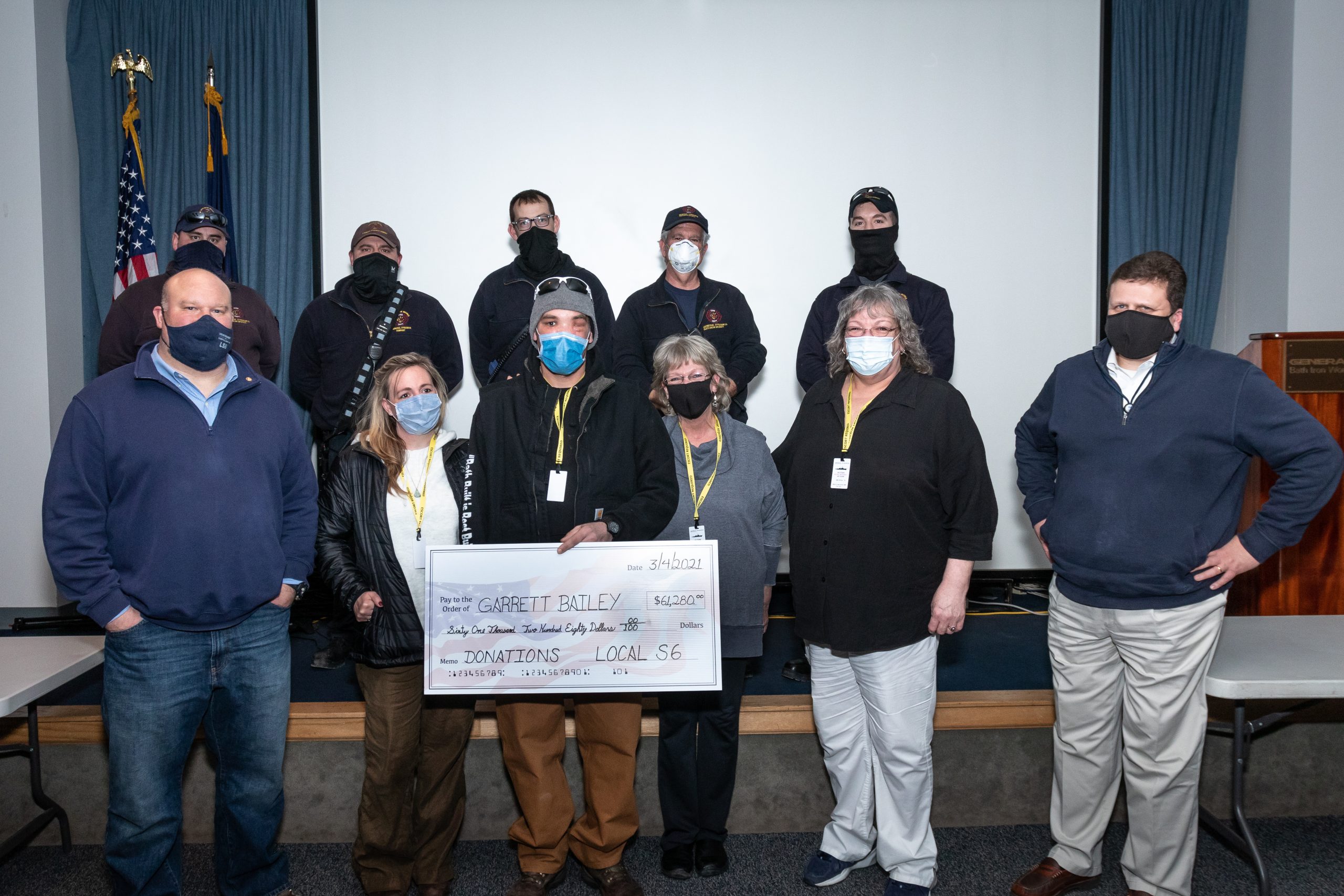 A severe accident at Bath Iron Works in Bath, ME on January 23, 2021 left IAM Local S-6 member Garrett Bailey critically injured with a traumatic life-threatening head and facial trauma. The accident shook the more than 7,000 employees at BIW to their very core. If it hadn’t been for the incredible and immediate response from coworkers, BIW EMTs (IAFF Local 5257), BIW Management and Safety and the City of Bath Rescue (IAFF Local 1611), the scenario would have been much worse.

Additionally, Local S6 started a Go Fund Me page and lined up a gate collection at all facilities and shifts at BIW to raise as much money as possible for financial assistance. With the extent of his injuries, Bailey will need this support in the times to come. The unwavering commitment to come to the aid of a Union brother was shown by the immeasurable generosity of all who donated. Through collaborative efforts, we were able to raise a total of $61,280.00 for Garrett Bailey and his family.

“Local Lodge S6 would like to personally thank everyone involved, and those who will continue to be involved, as Garrett’s recovery efforts will be immense,” said Local S-6 President Chris Wiers. “We were able to raise a lot of money, and as incredibly impressive this is, it still feels as though it’s not enough. We are committed to continuing to support Garrett in his recovery efforts.”

“Time and time again, Local S-6 steps up and takes care of each other,” said IAM Eastern Territory General Vice President Jimmy Conigliaro Sr.” “They continue to stand out and impress with their display of solidarity and compassion for their fellow brothers and sisters.”