Why We Say ‘No’ to Kavanaugh 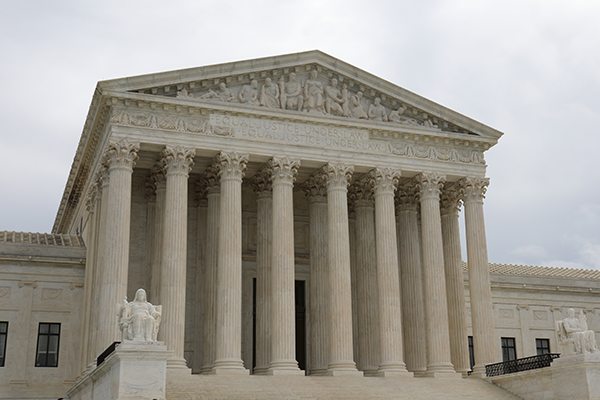 The Machinists Union sent a letter to every U.S. Senator urging them to oppose the confirmation of D.C. Circuit Court Judge Brett Kavanaugh to the U.S. Supreme Court. The Senate Judiciary Committee is currently holding a hearing on Kavanaugh’s nomination to replace U.S. Supreme Court Justice Anthony Kennedy.

Call your senator now and urge them to reject Brett Kavanaugh’s confirmation to the Supreme Court.

“Kavanaugh is no conservative,” writes IAM International President Bob Martinez. “He is not a judge who has sought to preserve and learn from what is best in our history.  He is instead a judicial activist whose decisions have repeatedly and consistently protected and extended the power of business interests, and undermined the rights and prospects of working Americans and their families.”

IAM General Counsel Mark Schneider called Kavanaugh a troubling pick. His confirmation would likely tilt the court toward corporate interests and away from working people for a generation.

“In terms of the business community, corporate interests and money, he is their dream choice,” said Schneider. “He’s been very hostile to organized labor and working people throughout his time on the court.”

READ: Brett Kavanaugh Sided With a Union-Busting Employer After It Violated Workers’ Rights

Call your senator now and urge them to reject Brett Kavanaugh’s confirmation to the Supreme Court.