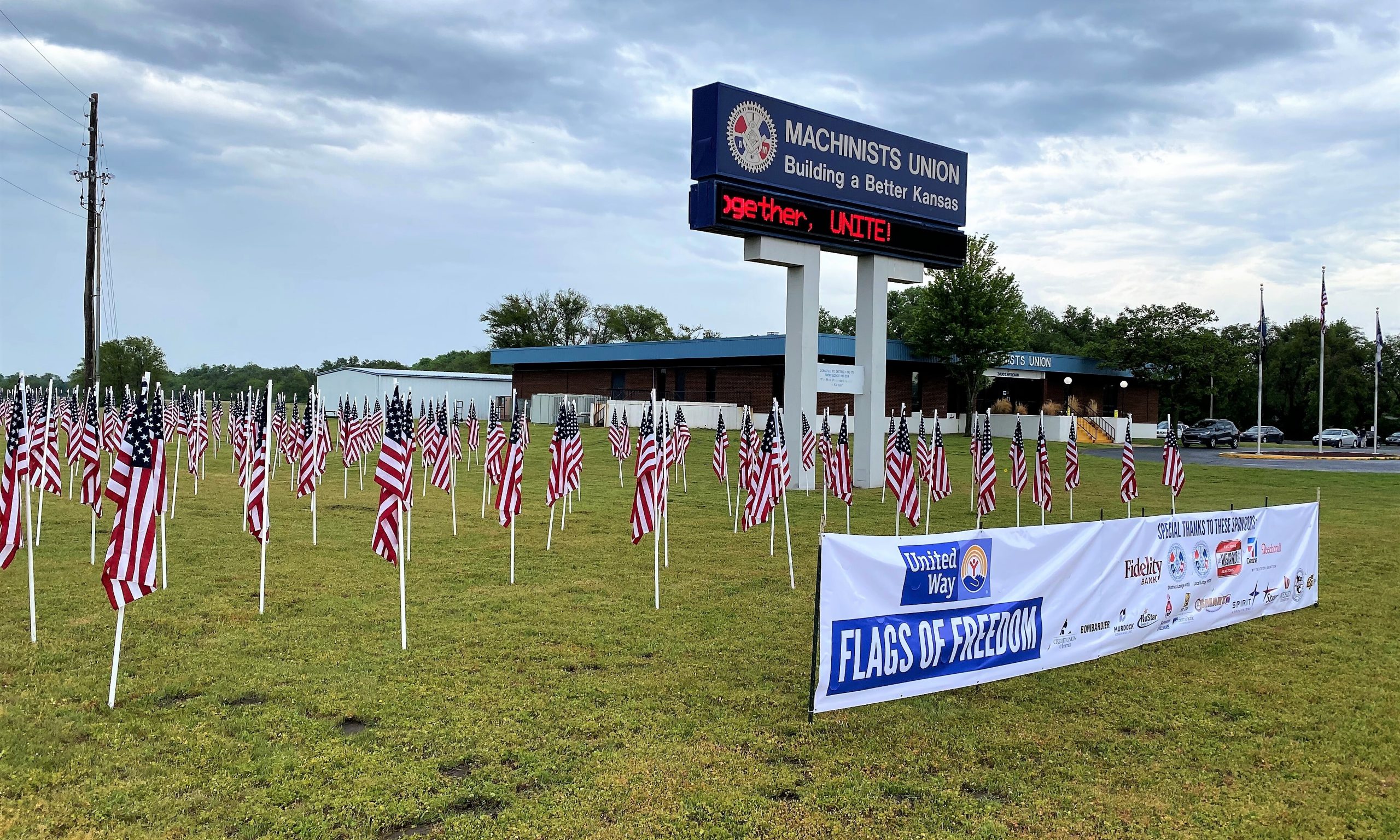 IAM District 70 in Wichita, KS is partnering with the United Way of the Plains by inviting members of the community to join them in a Flags of Freedom Memorial Weekend celebration at the lodge’s union hall on Sunday, May 30. The special event will be the culmination of a two-week display of 600 American flags at the District building.

As a tribute to our great men and women of the United States Armed Forces for Military Appreciation Month and Memorial Day, the American flags were offered by sponsors to support the local United Way community and veteran’s programs. The flags are being displayed from May 16 until May 31.

“It has been mine and the district’s absolute honor to have such an event happen here at the district,” said IAM District 70 President and Directing Business Representative Cornell Beard. “We have many veterans throughout our bargaining unit and a community that we are all so proud of. Joining forces with an organization like the United Way benefits our community astronomically. United Way President Pete Najera and United Way Community Service Liaison Mario Cervantes are two of the most ambitious go-getters I have ever had the pleasure of knowing. I hope and pray this becomes an annual event for our community. The amount of support we have gotten from people driving by and seeing the flags has been humbling and amazing. May God bless our military forces, our country and all of the people that build it.”

“I cannot express enough gratitude to District 70 and all the Machinists who took part in creating such a momentous event that honors our brave men and women of the military,” said IAM Southern Territory General Vice President Rickey Wallace. “The IAM has a long tradition of supporting our military, and I look forward to being at Sunday’s event to personally share my respect and admiration.”