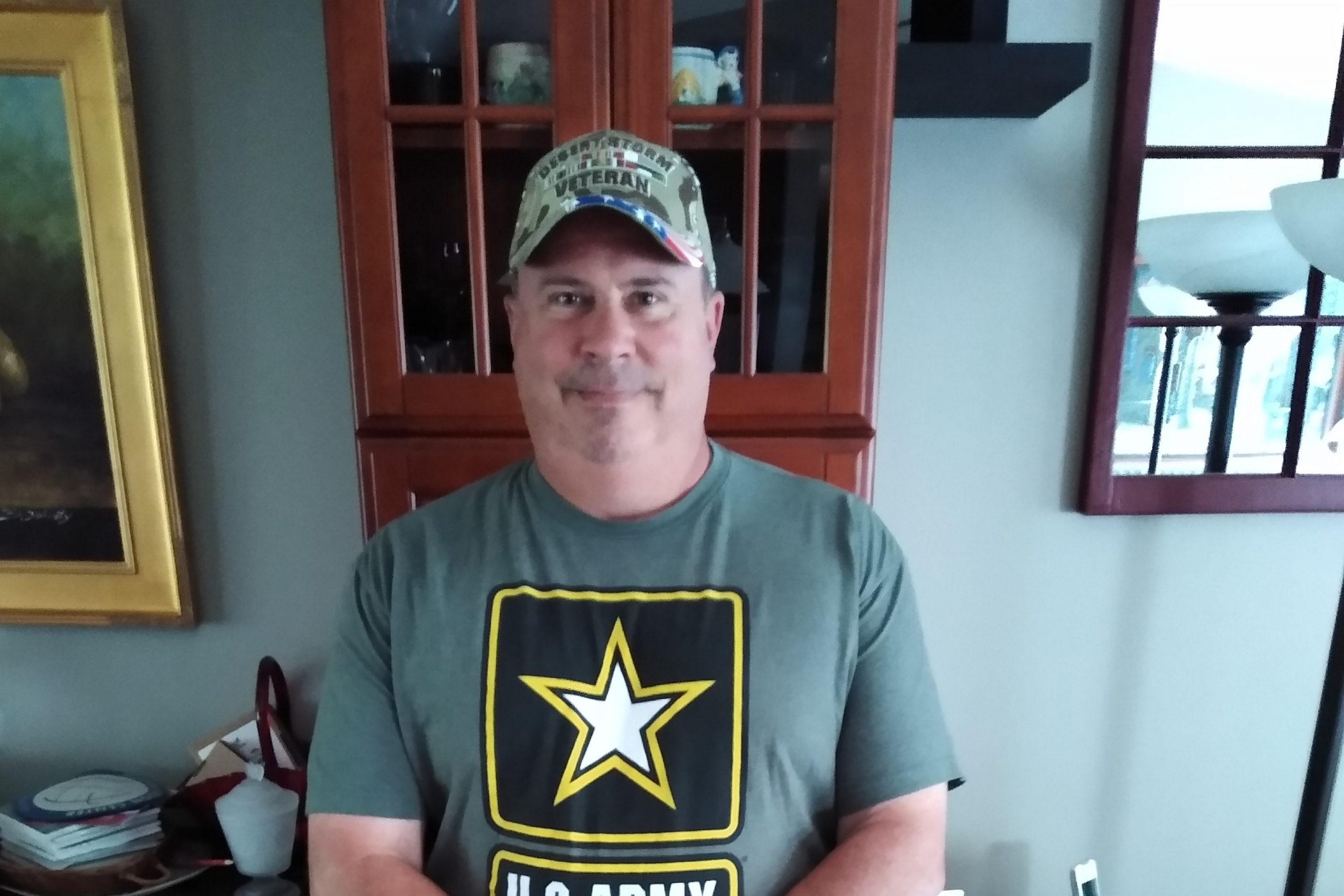 The motto of the Machinists Union, forever emblazoned on its flag, is “justice on the job, service to the community.”

That’s not just a catchy phrase. In the Machinist Union family, those are words to live by.

IAM member Chuck Lowe, the lead groundsperson at the William W. Winpisinger Education and Technology Center (W3 Center), exemplifies the true meaning of what it means to be guided by these values.

“Our flag says it all. The IAM can be an example to other unions and to the public and lead the way,” said Lowe. “We can start something that other people may want to copy.”

In 2001, when Lowe was hired as a full-time groundskeeper at the W3 Center, he had already lived a life to be proud of. Serving in the U.S. Army as a corporal, with time in Saudi Arabia during Desert Storm, he arrived understanding the values of what it means to be a veteran and how important it is that we take care of these heroes when they return home.

“It’s very easy in this country to forget about things that happened in the past,” explained Lowe. “That’s why we have days like Memorial and Veterans Day, to take time out of your schedule to think about all the people who put their lives on the line for the freedoms that we all enjoy now. But that also needs to happen when it’s not a holiday.”

So, he put his words into action, in more ways than one, to be of service to the veteran community. As a 30-plus year member of the American Legion, Lowe spends much of his free time volunteering in schools across St. Mary’s county, teaching elementary kids the importance and meaning of the American flag and sharing his story of being a veteran with high school students.

But for Lowe, that wasn’t enough – he wanted to do more to honor those who had served in the armed forces. Something even closer to home. The IAM was more than happy to assist.

That’s when the idea for a luncheon at the W3 Center came to life. A day to honor, recognize and thank the people in the community who ensured the freedoms we all enjoy today. So, in 2013, Lowe began organizing and coordinating a twice-yearly luncheon at the W3 Center for the men and women who live at Charlotte Hall Veterans Home in St. Mary’s Country, an assisted living facility where the IAM proudly represents the caregivers who take care of these veterans.

“On the day of the luncheon, we just sit around and talk and the employees and participants will come up and thank them for their service. We share stories and camaraderie,” said Lowe with a laugh. “And we always serve crab cakes that day because that’s something they don’t get at Charlotte Hall.”

But to the men and women living at Charlotte Hall who served in both the Korean and Vietnam wars, this day means so much more. The same can be said of the IAM members there to witness the event.

“The first time we held the luncheon, as these veterans were leaving the dining hall after lunch, the entire room full of IAM members and staff stood up and started clapping in their honor. It was not planned or prompted, it just happened and I really lost it because it was so amazing,” remembered Lowe.

“Chuck has worked hard to ensure that those who have sacrificed much on behalf of our country are not forgotten, but acknowledged and honored,” said W3 Center Director Chris Wagoner. “His activism on behalf of veterans exemplifies the IAM’s motto perfectly. I am incredibly proud of Chuck – he does a great job here as a Master Groundskeeper – and beyond that, a great job being an activist for veterans in our community”

Outside the dining hall, Lowe organized the planting of a tree and the placement of a plaque to honor these men and women who have made the world a better place for us all. It remains there today.

A few weeks ago, the IAM held the 2021 International President’s Capital Classic Golf Tournament, which raised nearly $100,000 for capital improvement projects for those who live at the Charlotte Hall Veterans Home. Lowe will be at the event when the check is presented. He can’t wait for another opportunity to let these veterans know how much they mean to this country.

“That will be an awesome day to be a Fighting Machinist,” said Lowe.