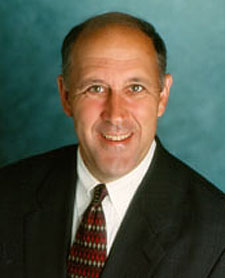 In a State of the State address delivered earlier this week, Wisconsin Governor Jim Doyle made special mention of last year’s high-profile fight to save jobs at the Mercury Marine facility in Fond du Lac, WI. Gov. Doyle praised IAM members and leaders who approved significant and divisive concessions to secure a pledge from Mercury to remain in Fond du Lac.

“I know how tense these negotiations were. I was working with Mercury executives, union leaders and local officials around the clock,” said Doyle. “In the end, Mercury decided to stay in Wisconsin – keeping thousands of jobs here and bringing hundreds of jobs from out of state. It shows what we can do – even in times like these – when we focus and work together toward a common goal.”