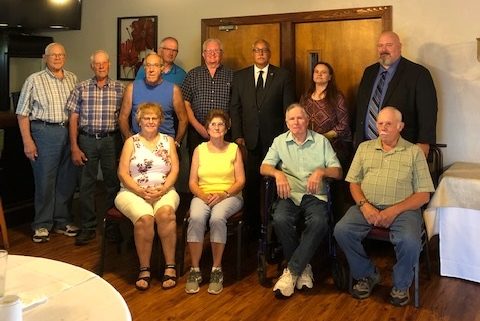 IAM Local 1260 in New Holstein, WI honored union retirees at a banquet commemorating their 50 years of membership in the Machinists Union. Thirty-two members were recognized for their service and nine attended the event.

The annual banquet was hosted by Machinists Union Local 1260 President Bonnie Polster. Honorees, who primarily worked in the local manufacturing sector, became members in 1969. Each was awarded a certificate, pin and gold card.

“Thank you to the men and women of IAM Local 1260 celebrating 50 years of IAM trade unionism,” said IAM Midwest Territory General Vice President Steve Galloway. “Your dedication to your union has been immeasurable. And for that – we honor you. May your devotion and service continue to inspire generations to come.”