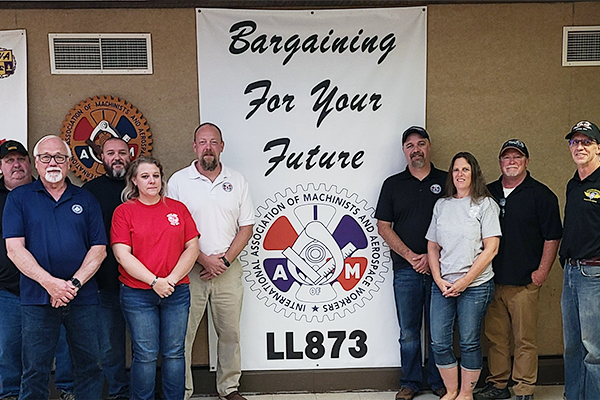 “Our union members at John Deere Horicon Works have worked tirelessly over the last two and a half years to support the company’s production needs while the company has lacked in hiring appropriate staffing due to inadequate wages and benefits,” said IAM District 10 Directing Business Representative Alex Hoeksta. “The company must agree to place an emphasis on retirement benefits, take the necessary actions to make Horicon a premier employer in the area, and eliminate 3rd party insourcing.”

“Our members at Local 873 have the full resources and support of the IAM at their disposal to get the contract they deserve,” said IAM Midwest Territory General Vice President Steve Galloway. “Our team has prepared for months for these negotiations. The continual focus on protecting and growing the workforce in Horicon is paramount.”

“Our negotiating team has prepared for over nine months for these negotiations,” said Joe Terlisner, IAM District 10 Assistant Directing Business Representative. “Approximately 60% of the membership has never participated in the process of negotiating and ratifying a new collective bargaining agreement. A key component of our strategic plan is to make sure our membership understands the process, what they are voting on, and the impacts their vote has on themselves and their families over the years to come.”

The current collective bargaining agreement is set to expire on October 1, 2022.