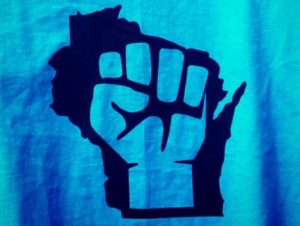 The National Labor Relations Board (NLRB) has issued a complaint alleging Wisconsin metal fabrication company, Metalcraft, is responsible for paying IAM Local 2053 of Iron Ridge, WI, more than $100,000 in back dues –and counting.

Metalcraft suspended members’ checkoff on June 4, 2016 under their interpretation of Wisconsin’s right-to-work law, which went into effect in 2015.

The Board recently issued an official complaint alleging Metalcraft is in direct violation of federal labor laws which allow voluntary dues checkoff for collective bargaining employees.

The Board’s complaint states that Metalcraft must pay all union dues it refused to collect dating back to June 4 – plus any and all costs associated with pursuing the complaint.

“It’s not complicated,” said IAM District 10 Directing Business Representative Alex Hoekstra.  “Metalcraft’s unilateral decision to cancel dues checkoff takes a page out of Scott Walker and his cronies’ playbook for hurting Wisconsin workers. The company hid behind an intentionally misleading right-to-work law, whose dues deduction provisions are preempted by federal law.  Wisconsin families have paid dearly for Walker’s arrogance, now Metalcraft can pay for their union busting tactics. Management’s plan was destined to fail from the start. Instead of destroying us, our proud members are stronger than ever.”

Metalcraft has chosen to fight the complaint. A formal hearing has been set for December 5, 2016.

In the meantime, and until a final decision has been issued in the case, the meter keeps running. To date, IAM District 10 estimates the company is behind more than $100,000 in back dues – not including the union’s legal fees.

“Congratulations to the members of IAM Local 2053 and District 10,” said IAM Midwest Territory General Vice President Philip J. Gruber. “This case is a perfect example of why we, the labor movement, must continue to fight against the right’s efforts to create national right-to-work legislation.

“It’s been a long, up-hill battle against right-to-work in the great state of Wisconsin, but our members refuse to back down. They’re in the fight to protect unions and working families for the long haul. And they’re not done.”