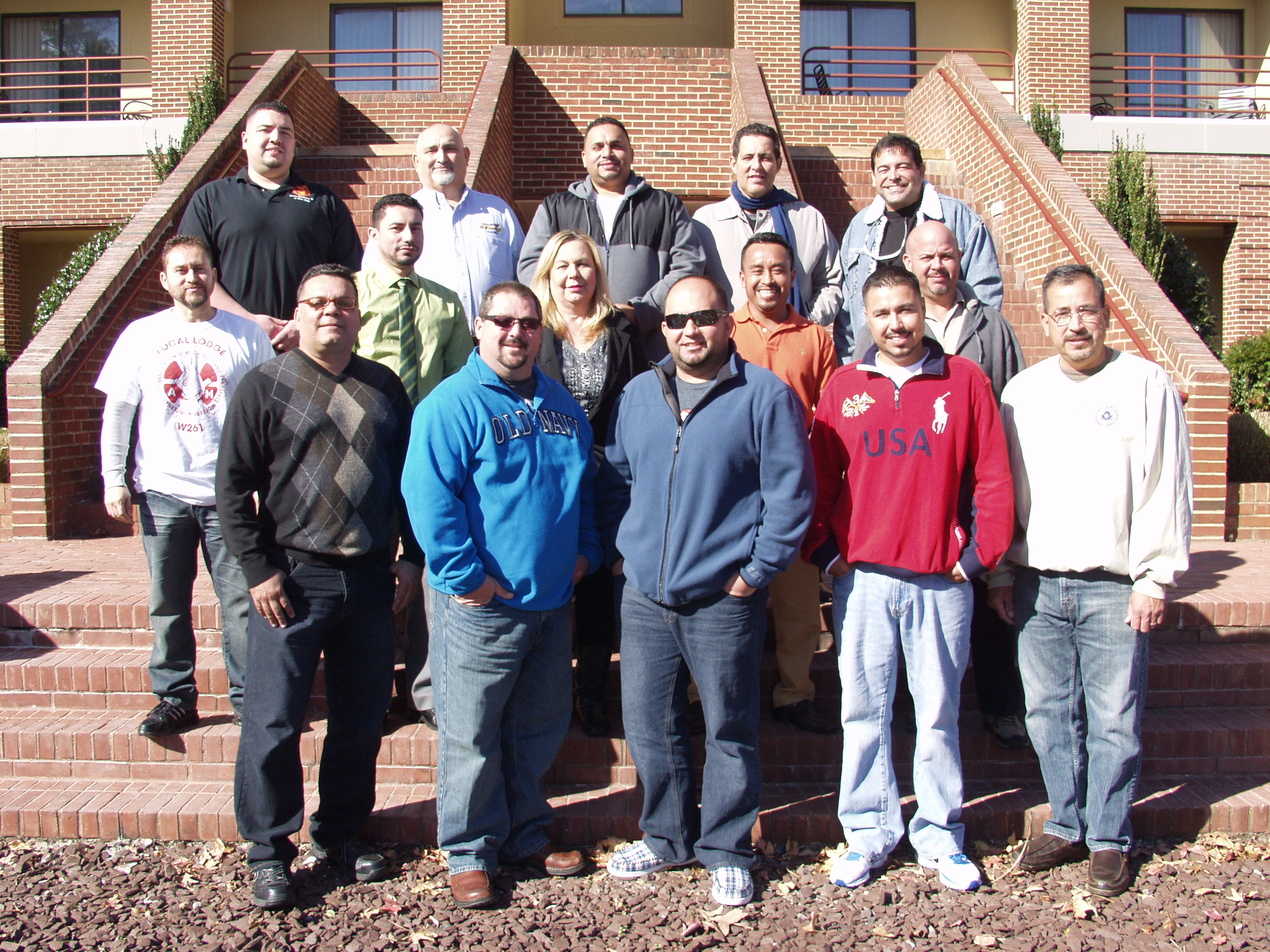 Fourteen members, officers and activists from across the IAM recently completed the Advanced Spanish Leadership Class at the William W. Winpisinger Education and Technology Center. The program, which was the final Spanish leadership class of 2013, was developed and delivered by members of the Spanish Leadership Working Group.

Participants learned by interacting with each other individually and as teams grouped into lodges. Instructors role-played workplace scenarios that let participants hone their skills while assessing the overall evaluation.

“This is a tremendous information exchange,” said Pedro Cancel, a Local Lodge 2725 Steward who works at Defense Support Services (DS2) in Aguadilla, Puerto Rico. “The environment allowed me to further my leadership skills tenfold. In the end, we are not just bettering ourselves, but our lodges and workplaces. I look forward to returning in August 2014 for ‘Train the Trainer’ in Spanish, God willing.”

Participants are encouraged to share and teach what they’ve learned when they return to their lodges and workplaces.

“As stewards, we are all natural activists and leaders who help and nurture members in in our workplace and community,” said Jose Mercado, a National Federation of Federal Employees (NFFE/IAM) Local 1031 Steward who works at Holloman Air Force Base in Alamogordo, NM. “These classes allow us to help those who don’t have a voice in the workplace in their own native language.”

2014 classes are set for the following dates: