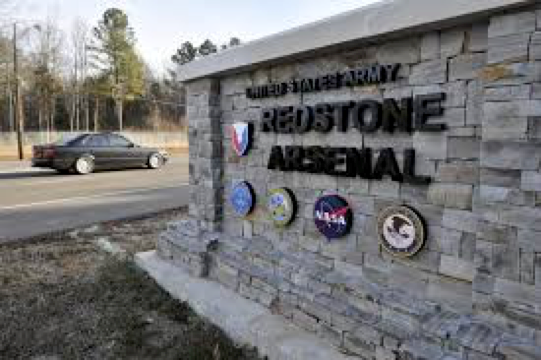 In the world of Marketing, it’s about bringing people into a like-minded community. The Army wants you to “Be all that you can be” with them. L’Oreal tells us “Because we are worth it” you should buy their products. And State Farm wants to let you know “Like a good neighbor, State Farm is there” no matter the issue. These slogans work because people, for the most part, want to belong. But the IAMAW doesn’t have a flashy catchphrase. It’s our legacy of contracts and expertise that draws people in.

Southern Territory General Vice President Mark Blondin explains. “Our motto has always been very simple–as the IAM flag says, ‘Justice on the Job, Service to the Community.’ The reputation of the Machinists Union comes from its nearly 130 years of providing great contracts for hard working North Americans.”

So it was no wonder that nearly 114 men and women working for Y-Tech Services, Inc. at Redstone Arsenal found their way to the Machinists. It’s because the IAM is their community.

“They do what I do for a living. I come out of this type of Aviation group so I speak their language which makes this relationship perfect for them because we are all out of the same type of industry,” said Mike Cooke, IAM District 75 Organizer.

Southern Territory Grand Lodge Representative Tony Wirth, a veteran of this industry himself, couldn’t agree more. “They are doing what we do. It’s not a lot different than other contracts but that’s why they are here, “said Wirth. “We are Aerospace. It’s in our wheelhouse–it’s what we do.”

The specialty of this newest group is helicopters. They are the Aviation Employees working on test helicopters for the U.S. Army, providing maintenance and testing for all the new items on these choppers. A job, many in the Southern Territory know firsthand.

“I started my career on the shop floor at Boeing in Seattle, WA. My parents came out of the same factory. In fact, I am fourth generation at Boeing.  I have literally lived, breathed and worked in Aerospace since the moment I started cutting my teeth,” said General Vice President Blondin. “The IAMAW is home for Aerospace and we are proud to bring a new group of Brothers and Sisters into the fold. Their work epitomizes who we are when we say we are Machinist Members.”

Already, things are off to a great start. Once the group gets certified, those on the ground are all set to begin working with the company. A meeting is planned with the mechanics to start electing a negotiating committee and shop stewards and a survey is in order. That’s because the South is always ready to welcome some new Aerospace workers, home.