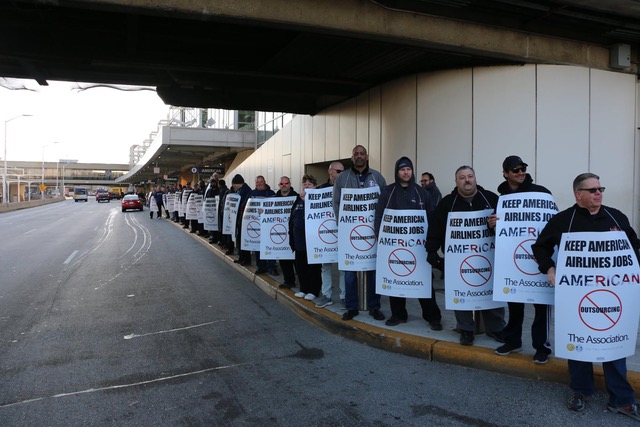 WASHINGTON, May 21, 2019— The TWU-IAM Association today issued the following statement in response to American Airlines’ request for an injunction against the Association:

“It is unfortunate that American Airlines has chosen to abandon negotiating with its employees and instead go straight to federal court. The airline is frustrated with the Association for refusing to allow more of our maintenance and repair work to be outsourced to South America, China and Europe. We are also standing strong against cuts to our medical benefits and retirement security. Our members value American Airlines fliers and work hard every day to ensure they have the best experience possible.

“The Association is ready and willing to get back to the bargaining table at any time and negotiate a fair joint collective bargaining agreement, but to do so would take a willing partner. We would much prefer to be at the negotiating table than in a legal battle brought on by American.”