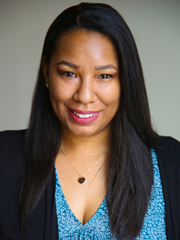 Alice Rhodes began her journey as a Machinist in 2011 when she earned her wings as a Flight Attendant with ExpressJet Airlines. She quickly became involved with the Union as an auditor and then a committee chairperson. As the years went by Alice spent her time organizing, volunteering, lobbying and expanding her education at W3 and Eastern Gateway Community College. Her roles the past few years have been a shop steward and most recently Trustee within her local lodge. Alice became a Special Representative for the Organizing Department in September 2018. She currently resides in Cleveland, Ohio.