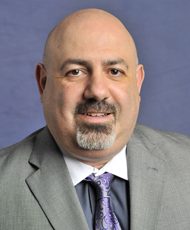 Artie was elected by the TCU Executive Council as National President effective August 1, 2020.

He was previously elected to National Vice President in 2011 and re-elected to that position at the 2014 and 2018 TCU/IAM Conventions. In 2018 he was also elected to the position of Special Assistant to the President.

He was elected as General Chairman of Unit 167 in November of 2003. Prior to this, he held the position of General Secretary & Treasurer between the years 2002 and 2003. He began his career as a Carman at the Long Island Railroad in 1988 and was promoted to a Telegraphers Position in 1989. He then joined Local 1444 and was elected President of this Local in 1991. In 1994, he was elected as Local Chairman and remained in that position until 2002.