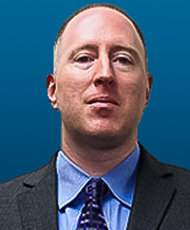 Hughes initiated into Boston Local 264 in 1992 as a Mechanic with the Massachusetts Bay Transportation Authority (MBTA). He became active in the IAM and was elected as a Shop Steward in 1999, and went on to be elected as the Chief Steward in 2005. Along the way Hughes also served on the Negotiation Committee, District 15 Delegate and as the President of the New England Conference of Machinists. Additionally, he was chosen as a Delegate to the IAM Convention and served on the MNPL Planning Committee.

In 2011, Hughes was elected to the full time staff position as Local 264 Secretary-Treasurer/Organizer, until his appointment as District 15 Business Representative in 2016.