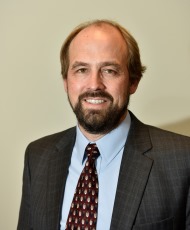 Norman started his IAM career in 1992 at Local 78 working for Harley-Davidson in Milwaukee, WI as a Tool and Die Maker. He was a member of many bargaining committees during his time there and was hired as the Collective Bargaining Coordinator at IAM Headquarters in January 2016.

Craig and his wife Evette have been married for 33 years and have two children.