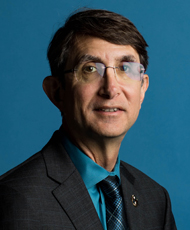 Lehive, formerly the IAM District 141 Communications Director, is an award-winning communicator with a long history of telling worker stories and helping to develop and implement strategies that advance the goals and brand of the IAM.

Lehive was hired on with Piedmont Airlines in April 1985 and became a union organizer almost immediately. After years of airline mergers and persistence, Lehive and his coworkers won IAM representation at US Airways in 1994 and he initiated Philadelphia’s Essington Obie O’Brien IAM Local 1776.