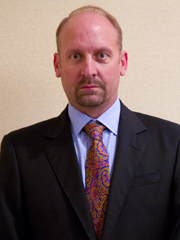 Dennis Mendenhall was initiated into IAMAW Local 2357 in 1983, while working at Minnesota Rubber and Plastics in Watertown, SD.Shortly after Mendenhall was elected as a Shop Steward. In 1997, he was elected to the Bargaining Committee where he proudly severed as the Chairman and Chief Steward for 17 years. During those years, Dennis also served as LL2357 VP, President and DL#5 VP, President. In 2014, Dennis accepted an organizing position with the Mid- West Territory and later that that year accepted a position as an Apprentice Organizer with the GL Organizing Department advancing to Grand Lodge Representative in 2021. Mendenhall was elected to the position of Directing Business Rep DL#5 and VP of South Dakota AFL-CIO serving from 2016 to 2017. In 2018, Mendenhall accepted the position of Apprentice Organizer with the IAM’s Organizing Department. Mendenhall currently resides in Watertown, South Dakota with his wife, Barbara who is a proud 40 year member of the IAMAW.