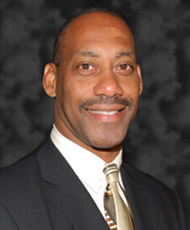 Gilbert Simmons was initiated into Local Lodge 1776 when he began his career at USAir in 1985. Deciding to get active with his local after watching and learning from local 1776 leaders, he became a committee person in 2007 and was elected Local Chairman in 2008. In 2010, Simmons was elected to Vice President at large for District Lodge 141, where he served as a District Special Representative and later as an Assistant General Chairperson. Simmons also held the positions of airline coordinator east at PA State council and Trustee at the NJ State council, along with being an IAM delegate for the AFL-CIO.  In January 2020, Simmons was appointed as a Special Representative to Air Transport Territory and later as a Grand Lodge Representative.