Director of the Political and Legislative Department 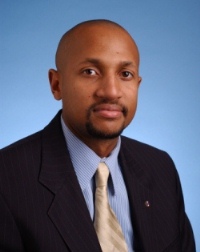 Hasan Solomon has the dual role of IAM Political and Legislative Director. He’s the IAM’s voice on Capitol Hill and is widely regarded as one of the top trade union lobbyists in Washington, D.C. He is responsible for developing and implementing the IAM’s political and legislative agenda.

In 1999, he began his career with the Machinists Union as a law clerk for former IAM General Counsel Allison Beck. After passing the bar exams in Maryland and New Jersey, he was promoted to Associate General Counsel. In 2003, he was appointed National Legislative Representative in the Legislative and Political Department where he primarily handled health care, labor law reform and transportation-related legislation. In 2007, he was promoted to the position of Assistant Legislative Director.

In 2011, he was named “Labor Leader of the Year” by the National Black State Legislators Association. In 2004, the Washington Bar Association made him their “Young Lawyer of the Year.”

Solomon is a proud graduate of Bowie State University and the University of Baltimore School of Law.

Solomon is a labor lawyer by trade, but his passion has always been in the political arena – he is extremely passionate and zealous advocate workers’ rights.