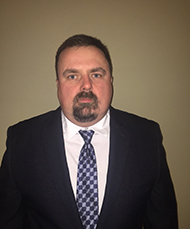 Jacob Merkel was born and raised in Western Washington. In 2000, he was initiated into Local Lodge W130 in Raymond WA working in the logging industry for 14 years. Merkel earned an Associate’s Degree in Automotive and Diesel Technology from Universal Technical Institute in Phoenix, AZ. Merkel held several positions at W130 including: Chief Steward, Vice President, President, Volunteer Organizing Committee Chairman, Washington State Machinists Council Delegate, Twin Counties Labor Council Delegate, and W24 District Delegate. Merkel was appointed as an Apprentice Organizer in 2014, became a Special Rep in the Organizing Department in 2018, and a Grand Lodge Representative in 2019 .