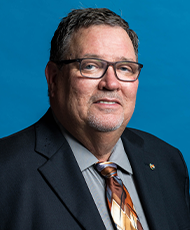 Brother Watson initiated into IAM Local Lodge 933 in 1986 when he was hired by then –Hughes Aircraft as a Product Test Specialist. His distinguished service to our Union includes the duties of Shop Steward, Alternate Chief Steward, Sentinel, Trustee, Negotiating Committee member and Recording Secretary for the Negotiating Committee of Local Lodge 933. As the Chief Spokesman for our Union, he successfully negotiated the 2009 and 2012 Raytheon Missile Systems Collective Bargaining Agreements.   Jimbo has also negotiated countless Collective Bargaining Agreements for the IAM in his duties as DBR of Local 933 and A/DBR of District 947 where he is currently serving.

In addition, Brother Watson served as the Commissioner for the Pima County Merit System and Law Enforcement Council, City of Tucson Planning and Zoning Commission, member of the Workforce Investment Board,  Executive Board of the Community Food Bank.  Brother Watson was the former Chair of the Pima County Action Agency.  From 1998 to 2007, he held the position of Community Service Director for the Arizona AFL-CIO, leading its efforts on behalf of the United Way of Greater Tucson and also assisting the members of our Lodge during the 72 day strike in 2006 against Raytheon Missile Systems.

“Brother Watson’s wealth of knowledge and experience will be a tremendous addition to our Western Territory Team,” said General Vice President Gary Allen.  “Our members and their families will benefit greatly from Jimbo’s heart, skill, and passion for the labor movement”

Watson is also a proud veteran of the US Air Force and has obtained an associate’s degree in Computer Robotics.