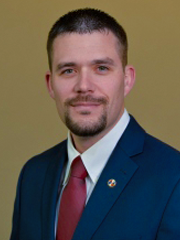 Joe became a member of IAMAW Automotive Local Lodge 1486 in Suitland, MD in 2005, where he worked 11 years as a diesel mechanic for Safeway.

Joe held several positions within L.L. 1486, including shop steward, Recording Secretary and President. He served on several local and district lodge boards and committees, including Health & Safety, Contract Negotiations and Arbitration. He was also appointed the Maryland-D.C. State Council of Machinist delegate for District 4.

In 2014, Joe joined the Organizing department as an Apprentice Organizer. He helped to spearhead community outreach programs and partnerships in Charleston, SC as part of the Boeing Campaign. In 2015, he was appointed as a Special Representative. He currently works as a Grand Lodge Representative for the IAM Organizing Department.