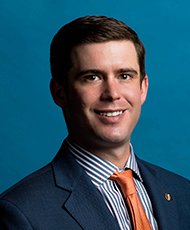 Jonathan’s writing has been featured in The Hill, Roll Call, The Palm Beach Post, The Hollywood Reporter, The Arizona Republic and more.

He has taught numerous communications classes at the IAM’s Winpisinger Center, ranging from newsletter development and messaging to social media and news writing. Jonathan served as an executive vice president of the International Labor Communications Association.

Jonathan holds a bachelor’s degree in journalism from the University of South Carolina and is a proud native of the Washington, DC area. In his free time, Jonathan is regularly disappointed by DC sports teams (+ the Baltimore Orioles) and has a golf game that was much better back in the day.