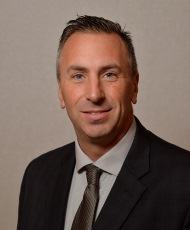 Kris Hannah was initiated into Local Lodge 1833 in Minneapolis in 1988 as a United Airlines employee, where he held various positions, including Trustee, Organizer, Ramp Committee, and Committee Chairperson. He was elected as an Assistant General Chairperson for District Lodge 141 in 2008 and reelected in 2012. While serving as a General Chairperson, he also served as Director of Education and was a negotiator for the United Airlines Contract. In 2013, Hannah was appointed as Special Representative and later elevated to Grand Lodge Representative serving in the Air Transport Territory.