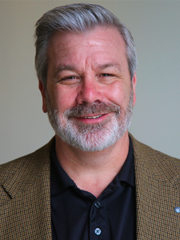 Mike Evans was born in Hartford, Connecticut. He worked in the aerospace industry for 22 years. He became a Machinist Union member in 1991. In addition to holding positions of Educator and Communicator Mike also was elected to represent his coworkers as shop steward for Local Lodge 743. He moved into the field of safety & health as a union safety representative, eventually becoming the chief union safety representative for members of Local Lodge 743.
Mike served as the chairperson of the Local Lodge 743 and district 26 organizing committees. He also completed the IAMAW organizing apprentice program where he assisted in many large organizing campaigns.

Mike holds an Associate Degree from Asnuntuck Community College and a Bachelor Degree from the National Labor College. Mike was appointed as an IAM Special Representative in May of 2013.

Mike was appointed as a Grand Lodge Representative on November 1, 2014.