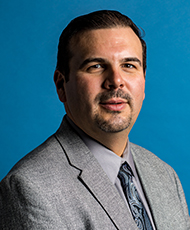 Oathout was appointed by the United States Secretary of Labor to the Maritime Advisory Council of Occupational Safety and Health (MACOSH).

Prior to joining IAM Crest Oathout previously directed the union-developed, company-supported Operation RedBlock joint labor management program at Amtrak; providing support to IAM and TCU-IAM members, along with members of several other participating international labor organizations. In his role with Operation RedBlock, he led a nationwide peer prevention team focused on workplace safety, along with training members on systems to maintain a drug and alcohol free workplace and assist coworkers and their families with substance abuse disorders. Oathout is also active as a volunteer trainer for Operation Lifesaver, building awareness for his peers and community on railroad safety. Michael has previously served his community as a volunteer firefighter for almost 20 years along with holding various leadership roles in the fire department.

Oathout has been a member of TCU-IAM Local 584 since 2005 when he started at Amtrak as a Crew Management Representative. He has always been very active with assisting his union brothers and sisters struggling with substance abuse disorders and safety concerns. He holds a Bachelor’s of Science from West Chester University and a Master’s in Business Administration with a concentration in organizational leadership from Wilmington University.