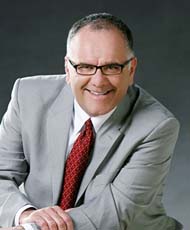 Richard Suarez began his career in 1987 as a Reservation Agent for Northwest Airlines and a member of Local Lodge 1932 in Los Angeles. He then transferred to Los Angeles International Airport where he was elected Grievance Committee Chairman. Suarez was then elected Air Transport District Lodge 143 General Chairman until he was appointed as an Educational Representative to the William W. Winpisinger Education and Technology Center in 2011.

Suarez has extensive collective bargaining and organizing experience and graduated with a double major in Labor Studies and Union Administration from the National Labor College. He is currently working on his Master’s Degree in Labor Studies at the University of Massachusetts – Amherst.