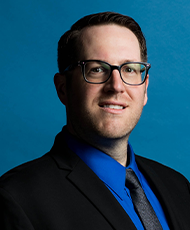 Olson started as an IAM Local 737 member in August 2001, when he began as a vehicle runner at Inver Grove Ford in Inver Grove Heights, MN.

In May 2016, Olson was elected District 77 Secretary-Treasurer, a post that tracks District and Local membership records and handles the accounts and finances of the District.