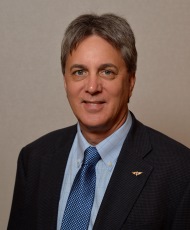 In 1993, he transferred to Orlando where he served as a Grievance Committee Person and became the Local 2508 Secretary-Treasurer. In 1997, he became Vice President at Large with District 141, servicing the Fixed Base Operators and negotiating many Collective Bargaining Agreements.

In October 2000, he was elected District 141-M Assistant General Chairman assigned to the US Airways property and was responsible for administrating that Collective Bargaining Agreement, which included negotiations and restructuring during the 2003 and 2004 bankruptcy filings.

Regan was assigned to District 142 in 2004 as a District Special Representative due to the disbandment of District 141-M. In July 2005, he was elevated to Grand Lodge Special Representative and later a Grand Lodge Rep assigned to the Transportation Department. He also served as the Transportation liaison to the IAM National Pension and Benefit Fund. In July 2021, Regan was appointed Airline Coordinator for the Air Transport Territory.