A Tale of Two Administrations: A Stark Contrast for Working People and Unions at the NLRB and Beyond 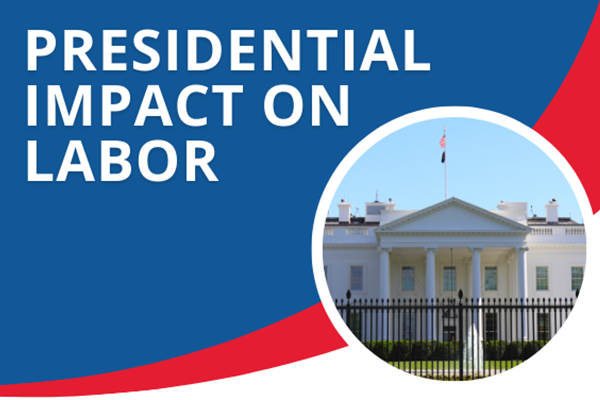 Regardless of your personal political beliefs, the facts illustrate how the Trump Administration’s actions weakened union members’ rights, while the Biden Administration has taken steps to empower unions.

The National Labor Relations Board (NLRB) is a critical independent government agency that is charged with enforcing U.S. labor law. NLRB members and its general counsel are appointed by the president, and make many decisions that affect the lives of working people.

The Trump NLRB made a slew of rulings that weakened our rights, including:

The Trump Administration also took away workers’ rights to retain their jobs when a new service contractor was brought in, affecting thousands of IAM Service Contract Act workers who work on military bases.

The Trump Administration removed union access for federal sector employees and made bargaining in the federal workforce more difficult.

The Biden administration, on the other hand, showed its pro-union stance when the first step Biden took as president was to fire former NLRB General Counsel Peter Robb, who had pushed anti-worker cases and decisions at the agency. The Biden Administration has also created a first-of-its-kind Task Force on Worker Organizing and Empowerment that expands union access for both federal workers and private sector workers who work on military bases and other federal property

The Biden NLRB has taken a historically pro-union, pro-worker stance and invited briefs on: