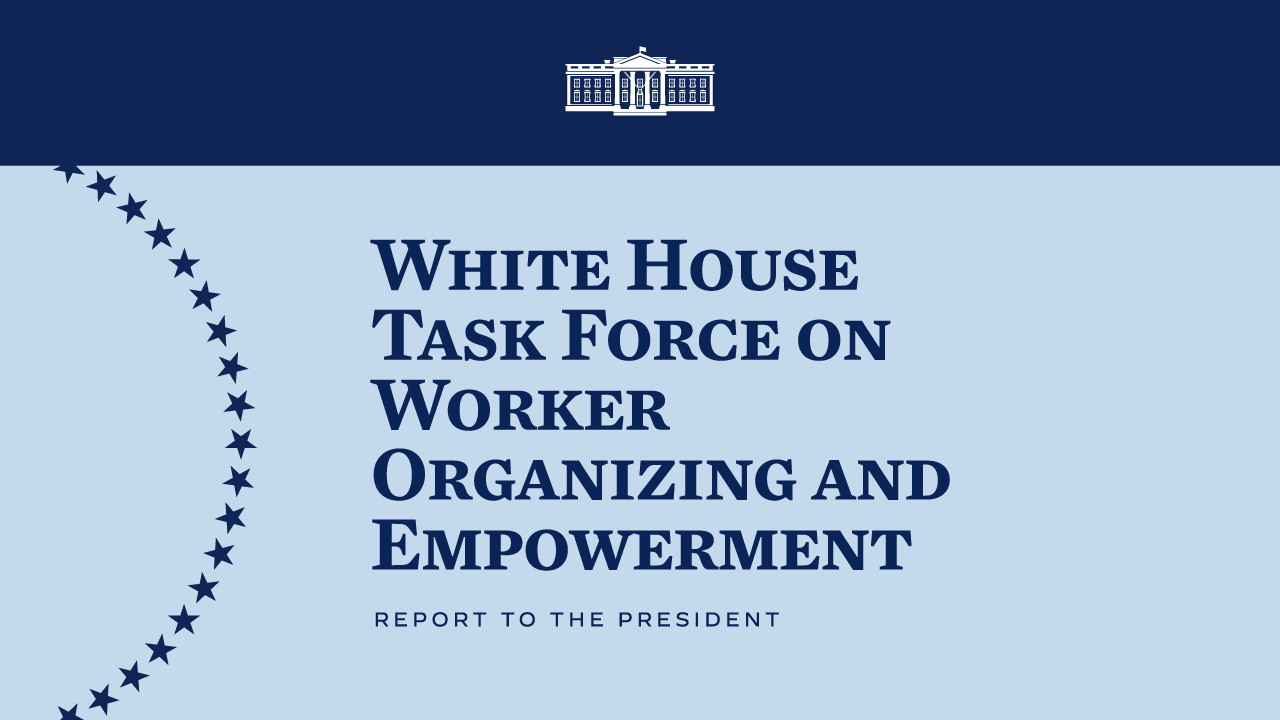 WASHINGTON, February 8, 2022 – The International Association of Machinists and Aerospace Workers (IAM) proudly supports the recent findings from the White House Task Force on Worker Organizing and Empowerment. The report, which includes more than 70 recommendations, empowers workers, supports unions by leveling the playing field, and allows everyone to have a seat at the table.

“The report from the White House Task Force on Worker Organizing and Empowerment solidifies the commitment the Biden-Harris administration made to workers to take on injustices that have left them without a seat at the table,” said IAM International President Robert Martinez Jr. “No longer will those in power be able to sit idly by and watch our nation’s workers suffer at the hands of corporate CEOs without recourse. This report’s recommendations will help grow the middle class, build an economy that works for everyone, and strengthen our democracy. We applaud the Biden-Harris team for being true to their word and fighting for working people. Unions built the middle class, and it’s the legacy of the hardworking men and women of the labor movement who we owe a debt of gratitude, not just for the past but for the future they will help secure for generations to come.”

“I am excited to be a liaison for our Union on this much-needed task force,” said IAM Organizing Director Vinny Addeo. “As someone who spends most of my time fighting to level the playing field for workers trying to establish a voice in the workplace, it feels powerful to have our President issue these findings. This report shows that the Biden-Harris administration holds the same values as the Machinists Union. Being able to join a union is a basic human right, and for far too long, companies have been left unfettered in their abilities to stop workers from joining a union. With the recommendations made by the White House Task Force on Worker Organizing and Empowerment, this administration is showing workers across the country that their voices and their rights matter.”