Sister of the Month
Marla Ryan

Sister Marla Ryan is a 9 year member of IAM LL 873 in Horicon, WI and has been the Recording Secretary for the past 6 years.  In 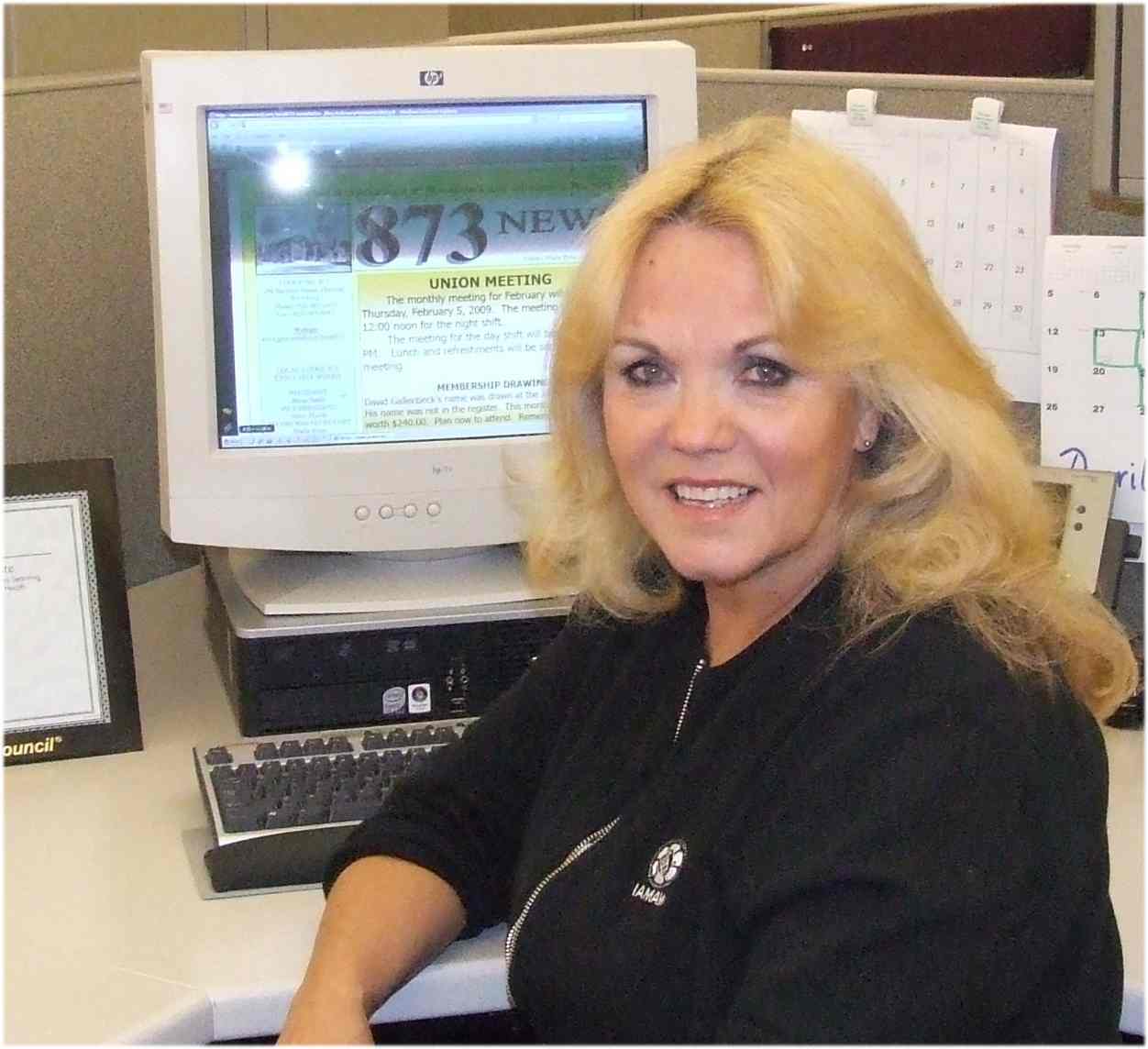 addition, she is the Editor and Communicator, the webmaster for LL 873 and DL 121, as well as a member on a wide variety of committees.

An employee at John Deere, Sister Marla says she specifically applied for the position because she wanted to work in a union shop.  She looked forward to the benefits and opportunities provided in a union contract.  During a period of lay-offs, Sister Marla was actually able to complete her degree, as a result of her union membership.  It is that experience and appreciation of her job, that drove Sister Marla to be active in her union.  She wanted to help make it better and move forward, “to keep the door open for others.”

Sister Marla asked questions, volunteered for committees and helped out where and when she could. She never hesitated to ask for help, and was fortunate enough to win many of the elections in which she campaigned.  To those sisters considering becoming more active, she advises them to start by volunteering and participating and reminds them, “It’s your union, it’s your future!”

Among the most notable accomplishments for Sister Marla is being part of winning the Health Care Equity Provision in which birth control methods are covered under the company’s health care plan.  As part of that effort, Sister Marla and the other key activists on the issue received the Women’s Champion for Health Award from Planned Parenthood.

Sister Marla is very active in promoting the union at local fairs, trade shows and community events and is currently working on a degree in Labor Safety and Health through the National Labor College Program at the IAM Winpisinger Education Center.  In her spare time, she uses her artistic talent to create murals and safety posters featuring wildlife characters.  She is especially proud of a safety coloring book she did for children.