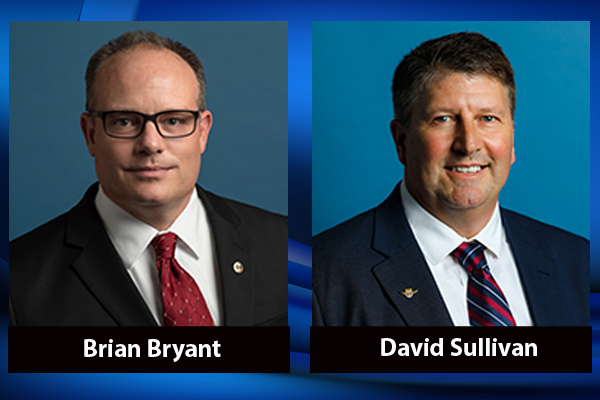 “Brian and Dave are some of the most experienced, dedicated, and well-rounded IAM officers in our union,” said IAM International President Robert Martinez Jr. “From organizing and servicing to managing staff and finances, both of these Brothers know what it means to be members, activists, and leaders in the IAM. Our membership will be well served by Brian’s assignment and Dave’s addition to the Executive Council.”

A native of Maine, Bryant initiated into the IAM in 1989 when he joined Local S6 as a pipe fitter at Bath Iron Works. He would serve in a variety of positions, including President of Local S6, before being elected District 4 Directing Business Representative in 1998. In 2004, Bryant joined the IAM Eastern Territory staff, and in 2009 he became Eastern Territory Chief of Staff.

He initially joined the Industrial Union of Marine and Shipbuilding Workers, which merged into the IAM in 1988, as a shipbuilder at Bath Iron Works in Maine. He served as a Shop Steward, Local Lodge Officer, and on several committees in IAM Local S6.