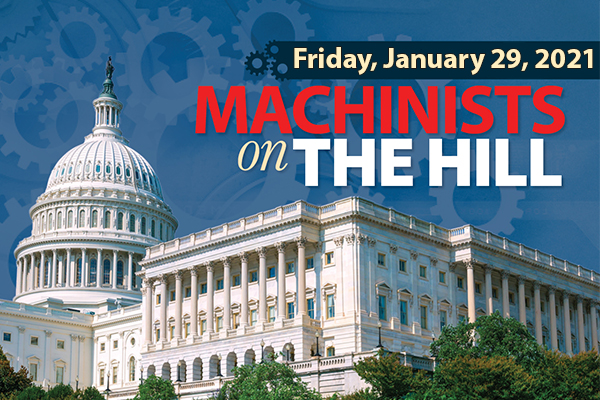 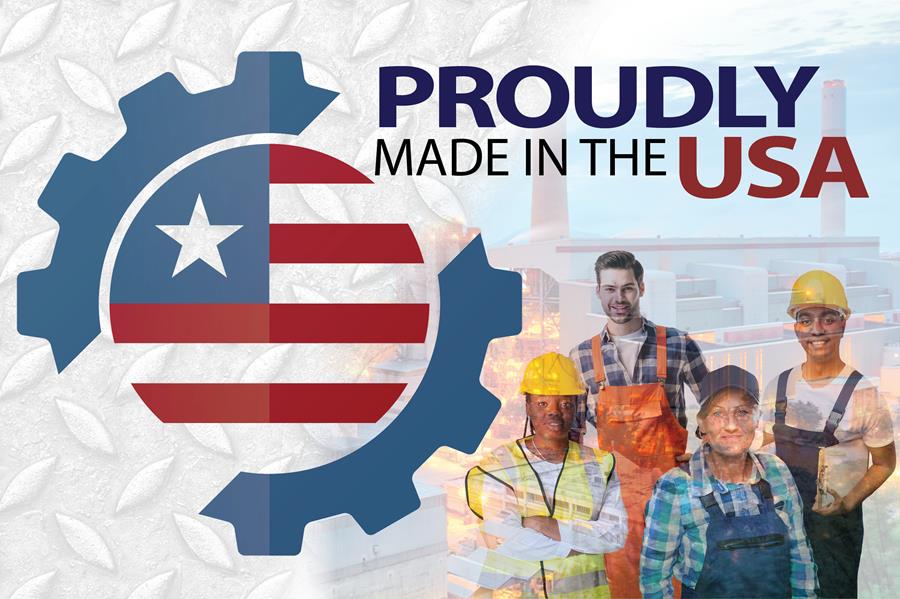 “As a candidate, Joe Biden made it clear that U.S. workers will be a priority in his administration,” said IAM International President Robert Martinez Jr. “Just a few days into office, President Biden is already beginning to fulfill his promise by setting in motion a framework long advocated by the IAM that finally removes loopholes to Buy American laws—from lax rules on how U.S. content is calculated to exceptions made when domestic goods are slightly more expensive than foreign goods.

“This executive order is just the beginning. The Machinists Union looks forward to working with the president and his administration to ensure that Buy American lives up to its name. This president and our union are partnering already to help create U.S. manufacturing jobs, which have been decimated over the past four years.” 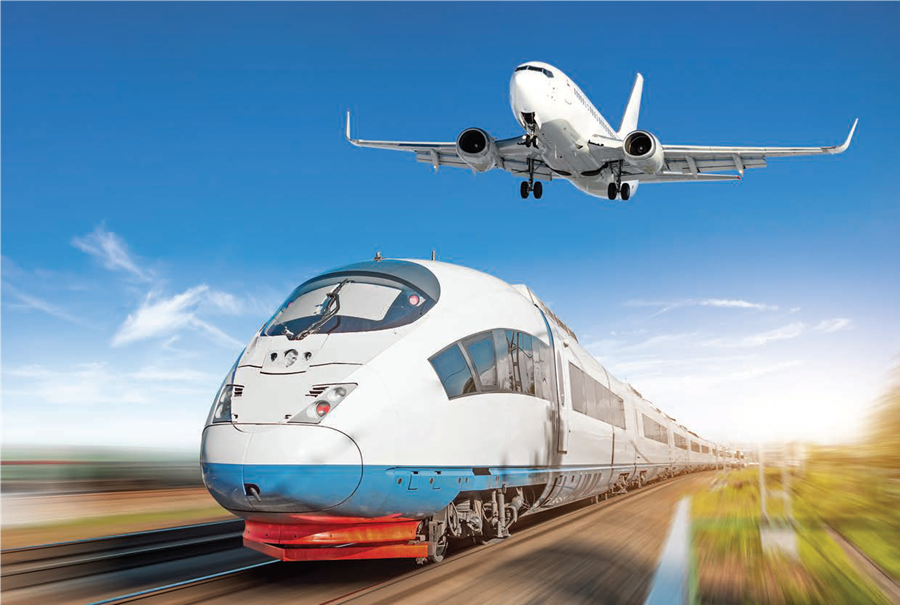 IAM CALLS FOR IMMEDIATE APPOINTMENTS TO NATIONAL MEDIATION BOARD: The IAM joined 18 unions representing rail and aviation workers in sending a letter the Biden administration this week asking for some immediate attention to the National Mediation Board, which helps smooth out labor-management disputes in those industries.

The letter asked Biden to appoint Deirdre Hamilton, a longtime labor lawyer who is currently staff attorney for the airlines division at the International Brotherhood of Teamsters. Ms. Hamilton participated in the IAM’s Legal Fellowship program designed to develop young labor lawyers after graduating from law school. The letter also called for reappointing sitting board member Linda Puchala.

The unions noted that unlike other federal agencies, Trump appointees remain in charge at NMB until new board members are nominated and confirmed by the Senate.

“During these difficult times for workers in the transportation industry it is extremely important to have a fully functioning, worker friendly NMB,” said International President Robert Martinez Jr. “Ms. Hamilton and Ms. Puchala will serve rail and airline workers well, and protect the interests of all those in the sector too protect and grow these great middle-class jobs.” 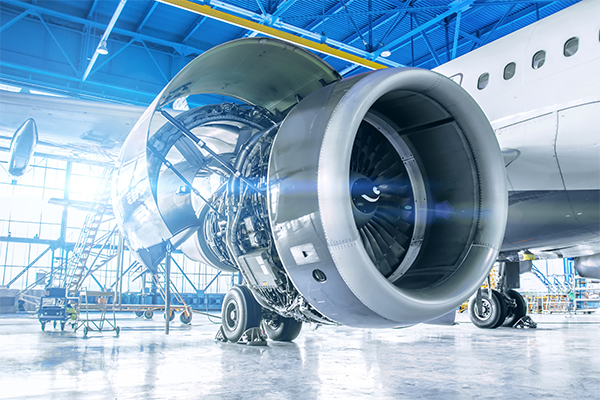 PUSHING FOR AEROSPACE WORKER RELIEF: In a letter to Senate and House leadership, IAM International President Robert Martinez Jr. is urging members of the House and Senate to include the bipartisan Aviation Manufacturing Jobs Protection Act in any COVID-19 pandemic relief package to be considered by Congress.

The legislation, led by Sens. Maria Cantwell (D-WA) and Jerry Moran (R-KS) in the Senate and Reps. Rick Larsen (D-WA) and Ron Estes (R-KS) in the House, would provide much-needed relief and help prevent mass layoffs to workers in the aerospace manufacturing and maintenance, overhaul and repair (MRO) industries.

IAM members must act now to tell your Senators and Representative to provide sorely needed relief to aerospace workers and help this critical workforce and supply chain weather the storm of this historic pandemic.

Call your Representative at 202-224-3121 to urge them to pass the Aviation Manufacturing Jobs Protection Act of 2021, and save thousands of crucial aerospace jobs.

Read the IAM’s letter to the House and Senate urging this legislation to be included in any COVID-19 pandemic relief package to be considered by the Senate.

“With global air travel stalled and travel booking forecast to remain at historic lows for some time, the domestic aerospace industry and the highly-skilled workforce on which it relies are facing dire economic consequence,” said IAM International President Robert Martinez Jr. “It is vitally important to our national security, our domestic supply chain and our role in the global economy that we support this indispensable industry and the workers which are its backbone.” 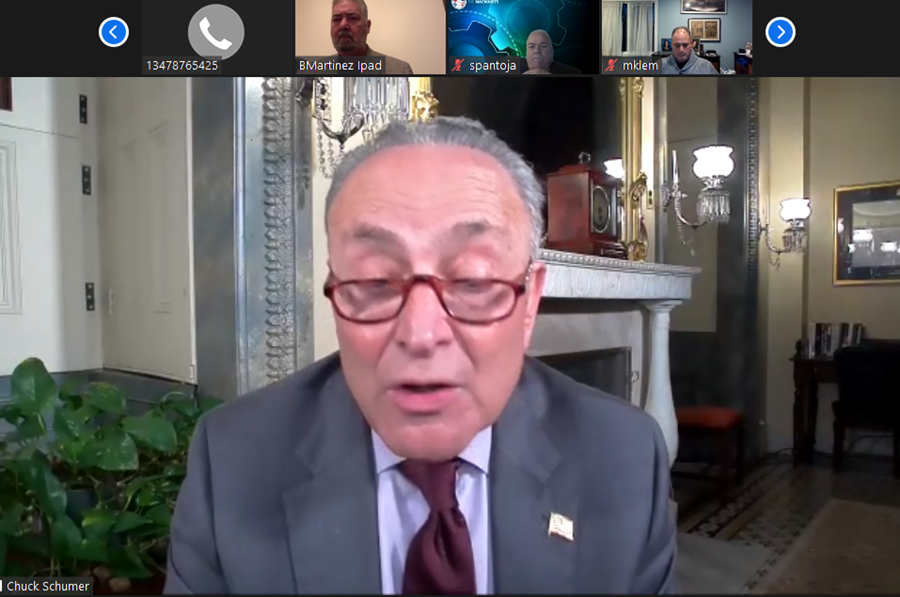 “Without this much needed relief, our airline membership faced dire economic consequences,” said Martinez. “Many didn’t know how they were going to pay their mortgage or rent and put food on the table.”

The airline Payroll Support Program (PSP) expired in September 2020, but was extended in December through March 31, 2021. The relief program is keeping hundreds of thousands of frontline airline workers on the job as the industry reeled during the COVID-19 pandemic.

“My family was nowhere and got places because of the union movement,” said Schumer. “Here’s an example of why people need unions. If there was no Machinists Union, we wouldn’t have had this bill.”

At the IAM’s urging, and with the support of Schumer and Speaker Nancy Pelosi, the relief program went directly to workers, not airline CEOs and executives.

“Although the four month extension of the PSP is not enough, it will still keep us from total disaster until a real recovery plan can be put in place,” said Martinez. “You have my word, the Machinists Union is totally committed to fighting for a recovery package that will lift up all workers and meet the demand of a vaccine distribution and full economic recovery.” 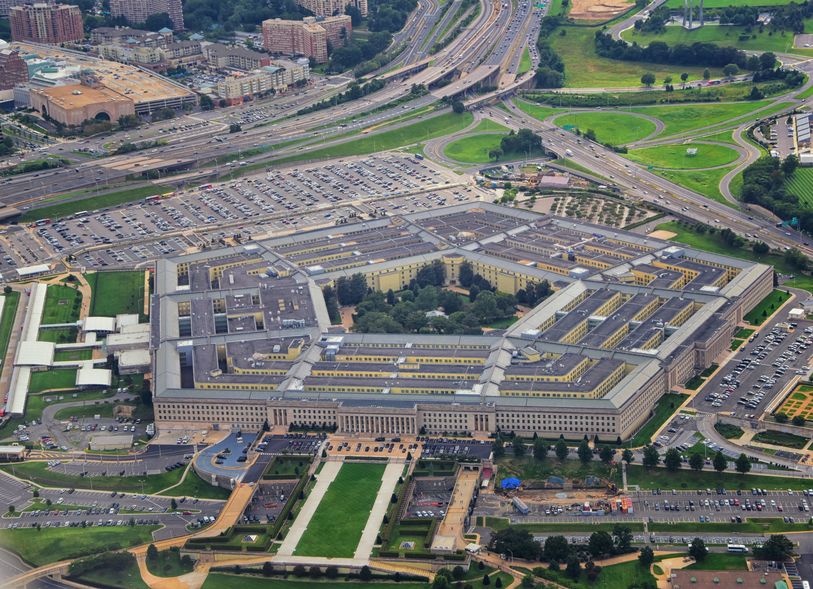 MACHINISTS UNION APPLAUDS DEFENSE SECRETARY CONFIRMATION: The IAM is pleased with the Senate confirmation of Lloyd Austin as the U.S. Secretary of Defense. The retired four-star Army General and West Point graduate was sworn in last week and takes over as the head of the Department of Defense.

“As the largest labor union in the defense industry, the Machinists Union looks forward to working with Secretary Austin and his staff to ensure our nation’s military is the best equipped and the most prepared fighting force in the world,” said International President Robert Martinez Jr. “Whether they’re building the most advanced ships, jets and munitions in the world or making sure our active military personnel and veterans have the support they need, Machinists Union members are ready to work, and we welcome the new administration.”

In its report issued Jan. 25, the NTSB noted UP’s failure to maintain its railcars, including regularly performing single railcar air brake tests as required by federal regulations, contributed to the collision.

“Had Union Pacific followed the rules and conducted air brake tests, any defects would likely have been identified and this accident could have been prevented,” said Robert Hall, NTSB Director of the Office of Railroad, Pipeline and Hazardous Materials Investigations. “This accident is an example of the industry not complying with federal regulations that are already in place to ensure transportation safety.”

NFFE-IAM PRESSURE RESULTS IN EXECUTIVE ORDERS THAT WILL PROTECT AND EMPOWER FEDERAL EMPLOYEES: NFFE-IAM successfully lobbied President Biden to revoke former President Trump’s Executive Orders 13836, 13837 and 13839, which will restore proper collective bargaining power and worker protections to the federal workforce. The Biden executive order goes further to direct agencies to bargain over permissible, non-mandatory subjects of bargaining when contracts are up for negotiation so that workers have a greater voice in their working conditions.

Also fulfilled in a separate executive order was NFFE-IAM’s request to revoke a Trump hiring and employment authority known as Schedule F. Schedule F allowed political appointees to burrow into career government jobs and coerce or fire career federal employees for political or other unethical reasons.