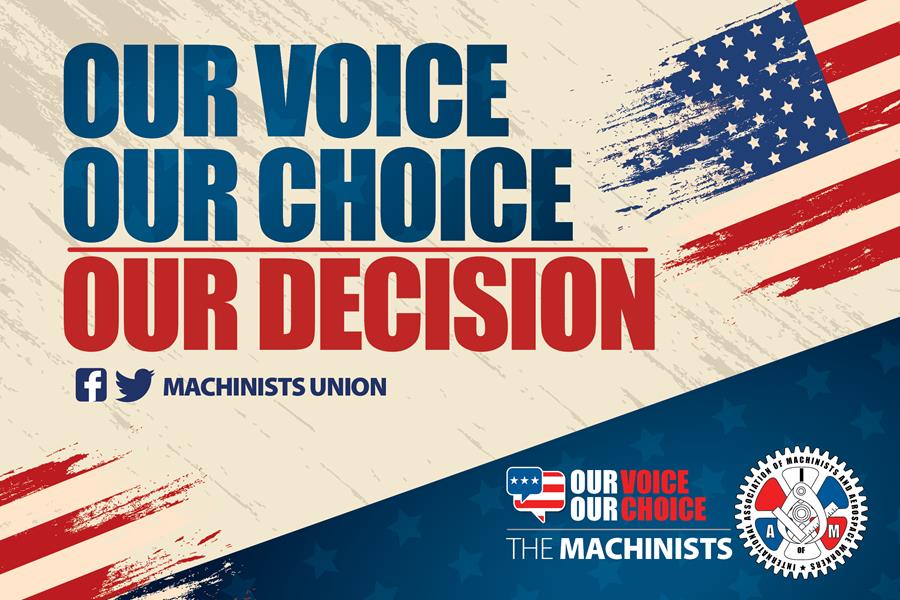 MACHINISTS ACTIVISM HELPS ELECT JOE BIDEN, KAMALA HARRIS AND PRO-UNION CANDIDATES: After months of mobilization in support of pro-union candidates up and down the ballot, the Machinists Union quickly turned its attention after Election Day to ensuring that every vote was counted.

Despite the pandemic and deliberate barriers to voting, a record number of Americans made their voices heard in these elections. Local election officials continue to work tirelessly to ensure every ballot is counted.

“In America, the voters decide who will represent us, not the courts. We pick our leaders – our leaders do not pick their voters,” said IAM International President Robert Martinez Jr. “We must reject any attempt to sow doubts about our election or interfere with the legitimate count of ballots.”

Then, on Saturday, Nov. 7, Joe Biden and Kamala Harris crossed the critical threshold of 270 electoral votes to become president-elect and vice president-elect, respectively. The IAM and organized labor are also celebrating a number of down-ballot victories, and getting ready for two Georgia U.S. Senate Jan. 5 runoffs that will determine the chamber’s balance of power.

Martinez released the following statement on the election: 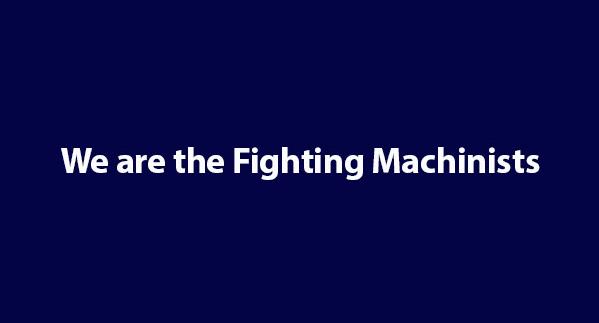 IP MARTINEZ CALLS FOR UNITY, IMMEDIATE RELIEF FOR WORKING PEOPLE: In a message to all IAM members, International President Robert Martinez Jr. called on Machinists Union members to unify and be a part of healing our country.

“We have just had a national election. The election showed that there is a bitter divide in our country. Now is the time for healing and unity,” said Martinez. “We, as IAM members, can lead the way as we reassert our trade union principles that we are stronger together than we are apart. Working people and their families need us now more than ever.”

“We continue to fight for economic relief programs for all of our members, including our members in the airline and transit sectors who deserve an extension to the now expired payroll support program,” said Martinez.

The airline Payroll Support Program (PSP) expired on October 1, resulting in the furloughs and layoffs of tens of thousands of airline workers.

NFFE-IAM FILES JOINT COMMENTS TO PROTECT FEDERAL WORKER BACK PAY, LEGAL COSTS: NFFE-IAM Federal District 1 and the IAM filed joint comments with a number of other federal worker unions to oppose a proposed rule from the Office of Personnel Management to override the Back Pay Act.

The Back Pay Act provides federal employees with the legal right to recover monetary damages, such as back pay, from the federal government and allows unions to bill the government for their legal costs in labor arbitrations and other legal actions filed on behalf of employees.

The proposed rule is an attempt to gut critical provisions of the law. OPM is proposing to change two provisions:

2) Prevent unions from recovering attorney fees awarded by an arbitrator.

TCU/IAM COMES THROUGH WITH OVER 11,000 CALLS FOR BIDEN, DOWN-BALLOT CANDIDATES: TCU-IAM members made calls to get out the vote in battleground states all across the country in support of the presidential race for Joe Biden and many down-ballot races in every state.

TCU-IAM members from the Philadelphia Amtrak Call Center made calls in support of U.S. Reps. Brendan Boyle (D-PA), Brian Fitzpatrick (R-PA) and Dwight Evans (D-PA), all of whom were re-elected.

TCU-IAM members will now concentrate on calling members in Georgia in support of the two Democrats running in the runoff elections for U.S. Senate, Rev. Dr. Raphael Warnock and Jon Ossoff.