USMCA PASSES SENATE: The U.S. Senate passed the deeply flawed U.S.-Mexico-Canada Agreement and sent it to President Trump’s desk. The pact lacks adequate labor standards, enforcement of those standards and other urgently needed reforms that would curtail the outsourcing of aerospace and general manufacturing jobs. The IAM has strongly opposed the proposed pact. IAM International President Robert Martinez Jr., this week sent a thank letter to the 41 House members and 9 Senators who voted against USMCA.

PASS THE PRO ACT: The IAM is advocating for the PRO Act (H.R. 2474), which would eliminate so-called right to work laws and broaden workers’ rights to strike and organize. The bill, introduced in May by House Education and Labor Chairman Bobby Scott (D-VA), was approved in committee and now the IAM is pushing for a full House floor vote. U.S. Rep. Jared Golden (D-ME) led a strong letter of support, with dozens of his democratic colleagues, for the PRO ACT to the House Democratic leadership team.

BUY AMERICAN: We continue to work with members of the U.S. House and Senate to include 100 percent “Buy American” for all defense spending. IAM International President Robert Martinez Jr., met with U.S. Rep. Donald Norcross (D-NJ) to work on legislation that would increase the Buy American requirement on defense spending and raise the cost differential for waivers. 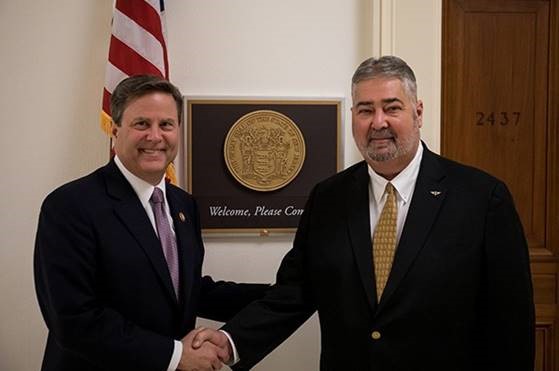 QUOTABLE: “Over the past decade, the Department of Defense (DOD) has spent more than $200 billion of American tax dollars on foreign-made goods. The DOD should instead keep those tax dollars hereby increasing Buy American requirements to 100% for defense procurements and eliminating existing loopholes that allows the DOD to get around Buy American laws. The principle is simple: all goods purchased for US Defense procurement should be manufactured in the United States.” – IAM International President Robert Martinez Jr.

FIGHTING AGAINST SUBCONTRACTING AT BATH IRON WORKS: Bath Iron Works in Bath, Maine recently announced its intention to bring in out-of-state subcontractors to perform our IAM members’ core shipbuilding work. This plan is absolutely unacceptable, and the IAM is fighting in Maine and on Capitol Hill to protect our members work.  At the IAM’s request, U.S. Rep. Chellie Pingree (D-ME) recently sent a firm letter to the company urging them to reconsider their outsourcing decision and prioritize their reliable, proficient IAM workforce.

RETIREMENT SECURITY: Multi-employer pensions are under attack from a proposal by U.S. Sens. Chuck Grassley (R-IA) and Lamar Alexander (R-TN) that would radically raise taxes on retiree pension benefits and health plans. The IAM joins the AFL-CIO and 16 affiliates in sending a strong letter of opposition to Sens Grassley and Alexander.  The letter details our strong opposition to their proposal and instead advocates for a solution (such as the Butch Lewis Act), which would protect the earned benefits of retirees, workers, and their families.
o   TAKE ACTION: Tell your Senator to support the Butch Lewis Act

AMTRAK: TCU-IAM’s Legislative Department successfully lobbied for the FY2020 spending bill to include language that should re-staff up to 15 stations with TCU-IAM members. In 2018, Amtrak removed station agents from many rural stations, citing a lack of ridership. It was later realized that this was merely an attempt to replace TCU-represented ticket agents with non-union, contract “caretakers.”

Amtrak’s changes were opposed by many in Congress whose stations were suddenly closed for ticketing purchases, and service levels deteriorated. The effort to re-staff these stations was led by U.S. Sens. Jon Tester (D-MT), Steve Daines (R-MT), Joe Manchin (D-WV), as well as House Transportation Appropriations Chairman David Price (D-NC). TCU-IAM representatives are currently in discussions with Amtrak on re-staffing.

TCU-IAM LEGISLATIVE DEPARTMENT FAREWELLS AND WELCOME: The legislative department bids farewell to Ron Kloos and Mark Taylor, who both retired in January. Kloos was elected by the TCU-IAM Executive Council to National Vice President in 2010, and he was re-elected to that position at the 2014 TCU-IAM Regular Convention. Brother Kloos also assumed the duties of TCU National Legislative Director. Ron will be retiring to northern Wisconsin with his wife, Jeanne.

Since 2009, Mark Taylor served as TCU-IAM Assistant National Legislative Director, while serving double-duty as his lodge’s Local Chairman – a position he held for over 30 years! Mark was a household name at Washington, DC, Union Station, and he plans to retire close by in Maryland with his wife Roshawn. The entire TCU-IAM family wishes them both a happy and long retirement! 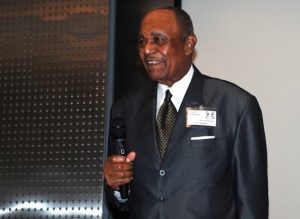 IAM MOURNS LOSS OF TRAILBLAZING MACHINIST EARL C. ROBINSON: Earl C. Robinson, a former Assistant Director of the Machinists Non-Partisan Political League (MNPL), passed away on January 9, 2020. Robinson, the first African American to serve in that role for the IAM’s political arm, was a 57-year life member of the IAM.

“Earl Robinson lived a life of service to countless IAM members, their families and working families everywhere,” said IAM International President Robert Martinez Jr. “We are forever grateful to him and his family for their dedication to our collective cause for dignity, justice and respect on the job. On behalf of the IAM Executive Council and our entire membership, we send Earl’s family our thoughts and prayers during this difficult time.”

The Machinists Union does not (support the USMCA trade deal). And every environmental organization in this country (also) opposes it PolitiFact