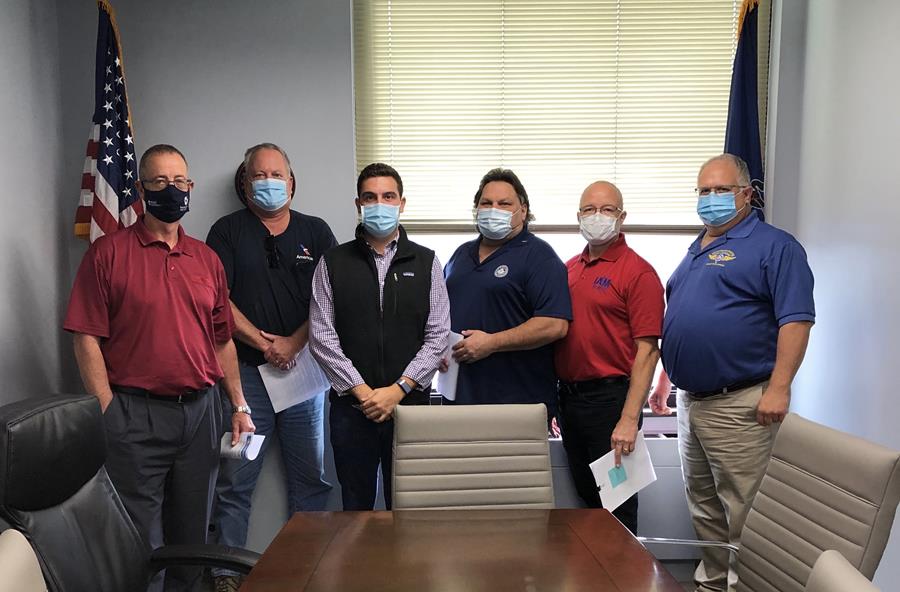 IAM AIRLINE DAY OF ACTION SOUNDS ALARM ACROSS COUNTRY: A critical deadline that would mean disaster for airline workers and their families is less than two weeks away. Caught in the middle of political brinkmanship, hundreds of thousands of airline workers are facing layoffs as airline relief in the CARES Act expires on September 30.

IAM airline members mobilized this Thursday, Sept. 17 in 32 cities in over 20 states, in person or virtually with Senators and Senate staff, to demand that Congress act now to pass legislation that would stem hundreds of thousands of layoffs slated to begin on October 1, 2020. Thousands more called and emailed their Senators.

Here’s how you can help IAM airline members:

“Without aid from the federal government, I will be laid off on October 1 and will lose my paycheck and my health insurance,” said Toni Valentine, a 15-year IAM member at United Airlines Reservations in Detroit. “Hundreds of thousands of airline workers are facing financial ruin through no fault of our own. How will we take care of our families without a paycheck and health insurance?”

“The Trump Administration and strong bipartisan majorities in the House and Senate all agree that airline workers and the industry as a whole need further aid to prevent hundreds of thousands of layoffs and great harm to the U.S. economy,” said IAM General Vice President Sito Pantoja. “The IAM calls on Senate Majority Leader McConnell to support the U.S. airline industry. This industry drives over a million jobs and pumps trillions of dollars into our economy. We cannot turn our backs on this most vital sector of our economy.”

“The airline Payroll Support Program has been one of the most successful jobs programs in U.S. history,” said IAM International President Robert Martinez Jr. “Congress must stop the partisanship and extend relief for hundreds of thousands of airline workers. These men and women will make their voices heard in November and they will remember who stood with them and who stood against them to save their jobs.”

The IAM, other airline unions and American Airlines joined together to urge the Trump administration and congressional leadership to pass the clean PSP extension immediately.

“The dire circumstances we face now — massive furloughs and reductions in air service — are exactly the circumstances the PSP was designed to guard against, which explains why a six-month extension of the program enjoys overwhelming support from a broad coalition of Republicans and Democrats in both chambers,” write the coalition.

The IAM also joined the member unions of the AFL-CIO’s Transportation Trades Department in a letter to Speaker Pelosi, Leader McConnell, Leader McCarthy and Leader Schumer to take immediate action to save the livelihoods of all transportation workers.

“The airline worker payroll support program must be extended before it expires at the end of this month,” the IAM and other unions wrote. “Transit agencies and passenger rail are in desperate need of federal support to avoid massive layoffs and service cuts.” 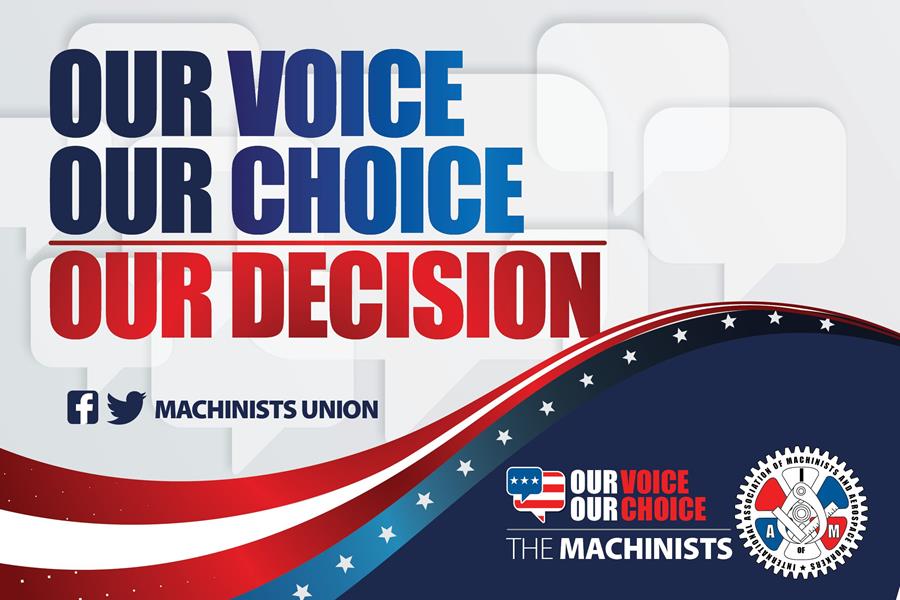 IAM’S 2020 ELECTION OUTREACH GOES NATIONWIDE: Phone banking has begun in the IAM’s effort to get out the vote for worker-friendly candidates this November.

Election Day is nearing and the IAM has news for members and retirees who would like to be more involved in the election process. Opportunities to volunteer have been added to IAM2020.org, the Machinists Union’s one-stop shop for the 2020 election.

IAM members can sign up to phone bank, drop literature or a host of other volunteer opportunities. There is a separate link for IAM retirees to sign up to volunteer as well.

In addition to volunteer sign ups, the IAM has compiled all of the voting information you may need in one place at IAM2020.org, including early voting and mail-in ballot information in your state.

You can register to vote, apply for an absentee ballot, set an election reminder and pledge to vote.

Visit IAM2020.org for all your election needs. 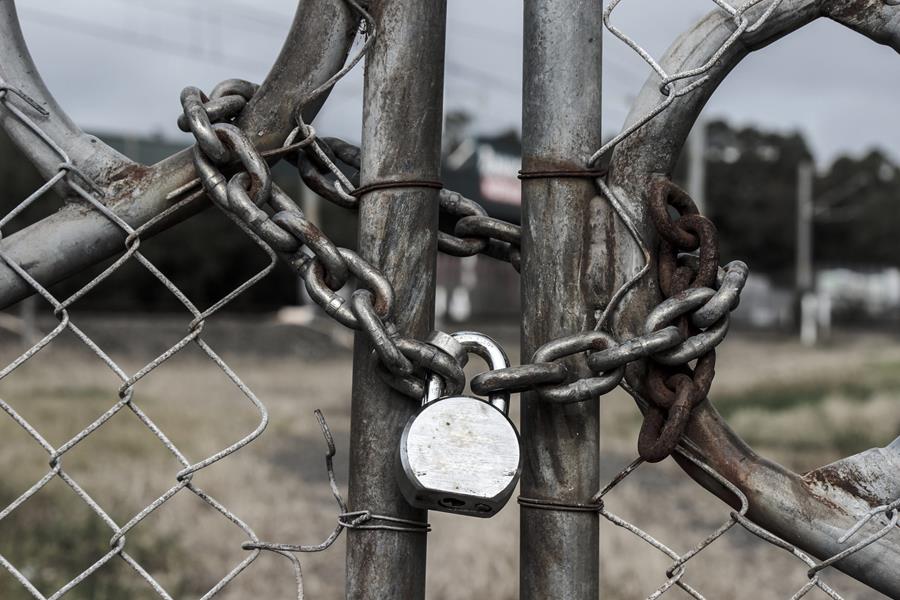 MACHINISTS EXPOSE TRUMP’S BROKEN PROMISES TO U.S. WORKERS:  President Trump’s promises to revitalize U.S. manufacturing, pledges that American workers “won’t lose one plant” and declarations that “they are all coming back” have been broken time and time again during his term of office.

Dozens of IAM-represented facilities from coast to coast have closed since Trump took office, affecting thousands of families and their communities. Many of the jobs have been offshored to Mexico, China or other countries with low wages and little to no rights for working people. An IAM policy paper finds that the hundreds of thousands of U.S. workers who have lost their jobs due to outsourcing are still waiting for these jobs to come home, despite the administration’s promises.

“President Trump’s promises to stand up for U.S. workers, protect our jobs from leaving the country and bring our jobs home from countries like Mexico and China have been broken,” said IAM International President Robert Martinez Jr. “We sent letter after letter to President Trump asking for White House assistance in saving these jobs and communities starting soon after he took office. No responses were received.”

“Between the fumbled response to the coronavirus pandemic, the job loss that rivals the Great Depression and the daily rhetoric that serves only to divide working people—this president has struck out with the Machinists Union,” said Martinez.

“We tried everything to save the plant,” said IAM Local 623 member Joe Baratta. “Some of our members even wrote a letter to President Trump, asking him to do what he pledged during the campaign: Stand up for workers. When a factory closes, it doesn’t just kill jobs. It affects relationships, families and communities. Trump’s land of opportunity should be available to all of us, not just his supporters.” 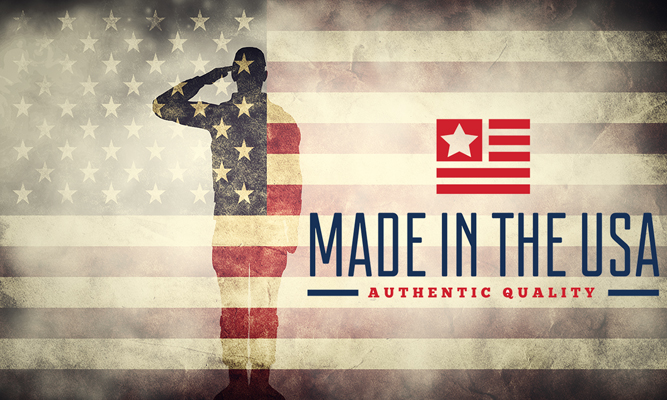 IAM LEADERSHIP NETS BIPARTISAN SUPPORT FOR ‘BUY AMERICAN’ DEFENSE: The IAM is continuing its fight to increase the percentage of American manufacturing in materials, goods and weapons for the American military.

U.S. Rep. Donald Norcross (D-NJ) and U.S. Sen. Chris Murphy authored a bipartisan letter to House and Senate Armed Services Committee leadership in support of the House-passed language in the National Defense Authorization Act (NDAA). The IAM-supported language increases Buy American requirements on major defense programs and asks for its inclusion in the final conference report. Forty lawmakers have signed onto the letter so far.

“We as a nation need to act strategically when it comes to defense procurement,” said IAM International President Robert Martinez Jr. “Not only do we need to supply our men and women in uniform with the best possible products and equipment, but we must also support the U.S. industrial base.”

Institutional Casework Inc. announced in May that they would close the historic Jamestown plant, which has been operating in Western New York since World War II, and layoff all 80 IAM Local 2495 (District 65) workers at Jamestown Metal Products.

Schumer and Gillibrand sent a letter to the Institutional Casework CEO saying the plant has shown tremendous capacity and productivity, proving that the plant can still be profitable for the company. The plant has benefited from its partnership with the IAM’s skilled and productive local workforce and proven to be a critical player in Institutional Casework’s portfolio and integral to the fabric of Western New York.

“The working families of Jamestown and the surrounding communities built this company,” said IAM Eastern Territory General Vice President Jimmy Conigliaro Sr. “Generations of dedicated workers, their families, and communities stood by Jamestown Metal Products during wars, conflicts and economic disasters. Leaving these workers high and dry during the pandemic is selling them, their families and all of these communities out to the lowest bidder, and it is despicable.” 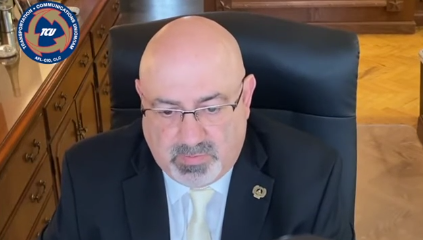 TCU/IAM PRESIDENT MARATEA TESTIFIES IN SUPPORT OF AMTRAK FUNDING: TCU/IAM National President Artie Maratea testified before the House Railroads, Pipelines and HazMat Subcommittee to discuss Amtrak’s Response to COVID-19. He spoke regarding the ongoing challenges TCU/IAM members face on the job and the dire need for adequate funding to provide the much-needed employee protections.

NFFE-IAM WARNS FEDERAL WORKERS ON TAX WITHHOLDING SCAM: Under what is quickly being recognized as the Trump tax scam, many federal employees will see that their agency is no longer withholding Social Security (“OASDI”) taxes from their paychecks.

This will result in an increase of take home pay of 6 percent through December. However, the same federal employee will see a 12 percent decrease in January for the first quarter of 2021.

This reduction is a combination of 6 percent OASDI taxes again being withheld by the agency, and 6 percent to pay back the money not withheld in 2021.

This is not free money. You will pay this back next year!  IAM and NFFE-IAM Federal District 1 are working hard to stop this tax scam but for now, this will happen staring this month. Please set this money aside and see the attached guidance for more information.