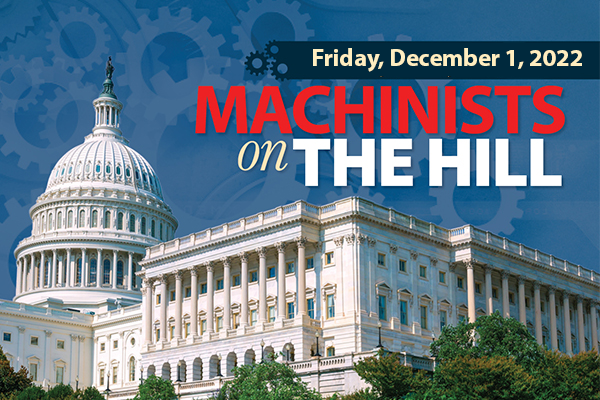 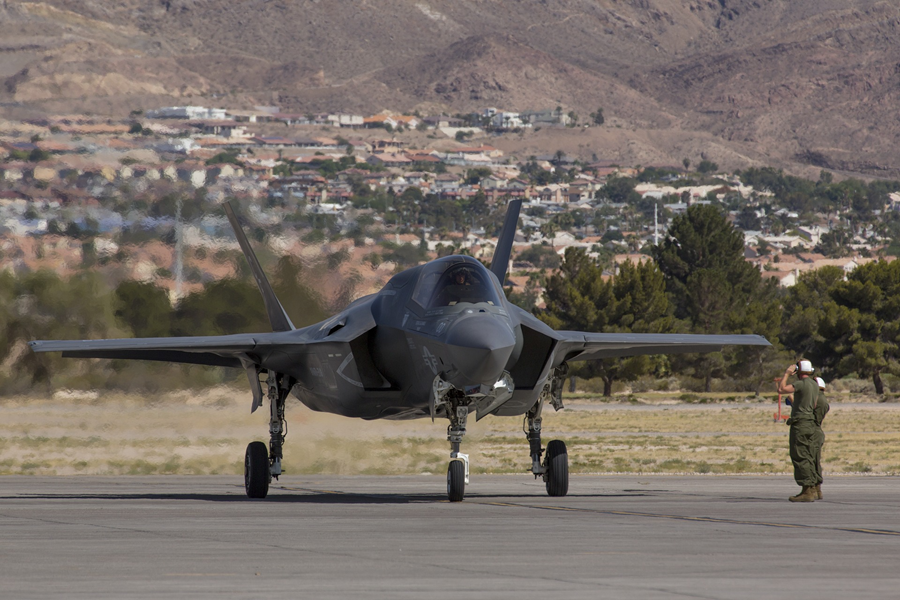 “Machinists Union members working on the F-35 program across the country are the best in the world at what they do. With their finely tuned skills and expertise, they build the most advanced fighter aircraft the world has ever known,” said IAM International President Robert Martinez Jr., in a letter to the White House “As a nation, we must continue to invest in this program in order to stabilize the production line, support this indispensable workforce, shore up the supply chain and bolster our national defense industrial base.”

The IAM is the largest aerospace and defense union in the United States and has advocated consistently for adequate funding of the F-35 Lightning II program in the Fiscal Year (FY) 2023 defense budget.

In response to disappointing news that only 61 F-35 aircraft have been requested in the FY23 proposed budget, a 30% reduction in funding, IAM International President Martinez sent a letter to the White House demanding that the government fully fund the F-35 program in the best interest of national defense and American workers.

“The Machinists Union and our members are committed to the F-35 program and to the men and women in uniform who rely on this peerless aircraft; however, our members cannot adequately support the program without funding for a minimum of 86 F-35 aircraft a year for our U.S. Services,” wrote Martinez. “This minimum number of aircraft is absolutely necessary to keep our workforce intact and our production lines firing on all cylinders.”

The IAM is asking the U.S. government to support the highly skilled union workforce behind the infamous F-35 by investing in nation’s largest defense program, strengthening the U.S. economy, workforce and national security all at the same time. 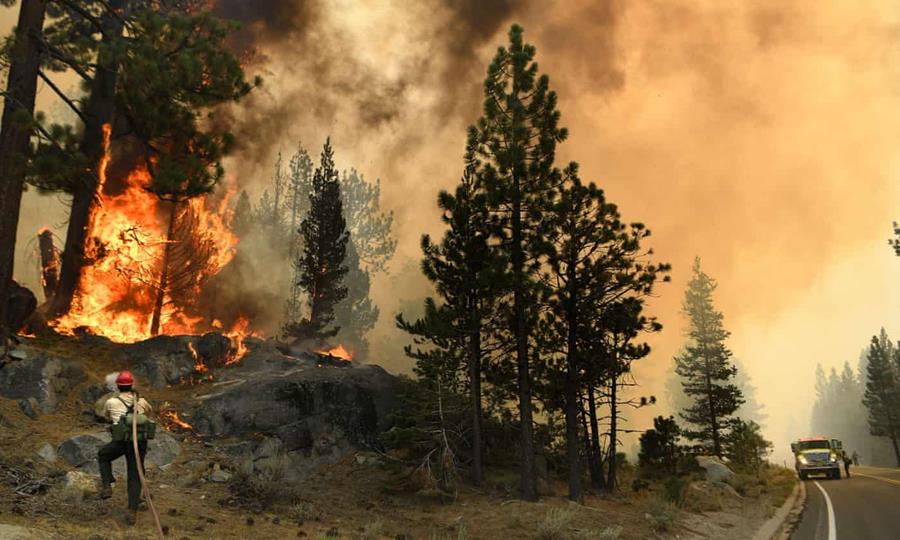 VICTORY ACHIEVED IN LONG-FOUGHT CAMPAIGN FOR INJURED FIRST RESPONDER RETIREMENT FIX: Earlier this month, the National Federation of Federal Employees (NFFE-IAM) applauded Congress for passing the First Responder Fair RETIRE Act. The law requires agencies to place injured federal first responders who return to work into “equivalent positions” as they held before, thereby protecting their employment and accelerated retirement status. The law also prevents first responders from losing retirement contributions paid by the employee at a higher than standard rate under their “6(c)” retirement system. NFFE-IAM had been campaigning for this technical fix to the law for over 30 years.

“For decades, when a federal firefighter, law enforcement officer, or any other first responder got injured on the job, they could have had their hard-earned pension unfairly stolen from them,” said NFFE-IAM National President Randy Erwin. “Thanks to this legislation their pension is now safe.”

Bob Beckley, a member of the NFFE-IAM Executive Committee and former Forest Service smokejumper, was a victim of the flawed policy after his back was broken on the job. He was placed into a non-6(c) position upon returning to work, costing him thousands of dollars in retirement contributions, in addition to hundreds of thousands of dollars forfeited in losing his 6(c) retirement.

“This injustice has been occurring longer than the 37 years since my fall for other injured federal first responders around the country,” said Beckley. “This legislation will ensure that no more federal employees on the front lines serving their country will have to face undeserved hardships for getting hurt on the job. I am so pleased that this has finally been fixed after so many years.” 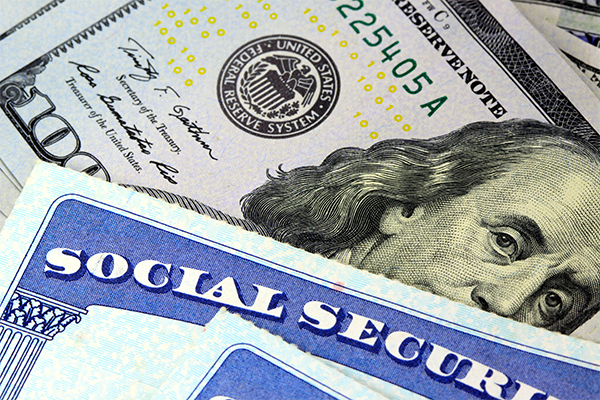 MEMBERS OF CONGRESS URGE INCREASED SOCIAL SECURITY FUNDING: In a letter to House appropriators, approximately 70 members of Congress wrote in support of increased funding for the Social Security Administration (SSA) to improve customer service. Customer service delays at the SSA are causing serious problems for applicants and beneficiaries who are enduring record long waits for disability decisions, backlogs, and other problems stemming from a lack of funding over the past decade.

Since 2010, SSA’s operating budget has declined by approximately 14 percent, while at the same time the number of Social Security and Supplemental Security Income (SSI) beneficiaries has increased by approximately 20 percent. The number of trained employees available to answer calls, take and process applications, and resolve problems is now at its lowest level in 25 years. The rising need, inadequate staffing and resources have led to growing backlogs, lengthy delays, and significant hardship for Americans who are seeking to access SSA benefits and services.

“Additional funding for Social Security is imperative to protecting working families,” said IAM International President Robert Martinez Jr. “Social Security provides the foundation of retirement security and vital protection for families against financial devastation in the event of a worker’s disability or death.”

SSA needs a total increase of $800 million for fiscal year 2023 just to maintain services, and significantly more to make much-needed improvements. Of particular concern, people applying for SSA benefits are facing devastating new delays and backlogs. At the end of 2021 more than 1.4 million benefit applications were sitting in a queue at an SSA field office, awaiting processing, a 23 percent increase from the end of 2019. 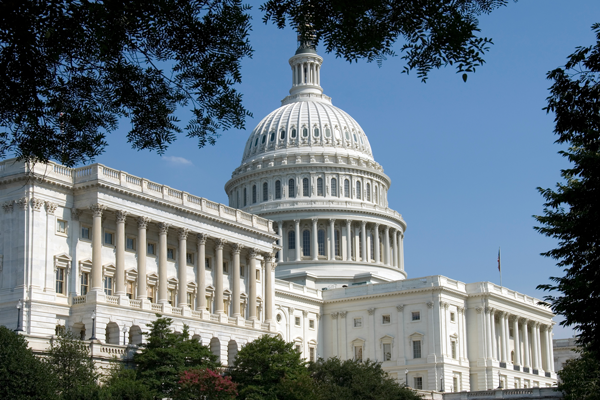 MNPL HELPS MOVE PRO-WORKER, PRO-DEMOCRACY AGENDA: The Machinists Non-Partisan Political League (MNPL) helps strengthen our union and state councils. The voluntary donations to the MNPL helps us get pro-worker candidates up and down the ballot elected in hopes of implementing a pro-worker, pro-democracy agenda throughout the nation.

Click here to contribute and help make your union stronger.

The IAM does not use any of your dues money for political contributions. Instead, we rely on voluntary donations to MNPL to protect your jobs and livelihoods.

The IAM recently issued a legislative scorecard, which graded all the sitting members of the current Congress for their actions and stand on critical issues that affect working Americans, including workplace protections, voting rights, government agency funding, and more.

The IAM, with the strength of MNPL, has been successful in making sure our economic recovery during the pandemic has put working people before Wall Street and Corporate CEOs. Together, we have been able to bargain for increased job security, higher wages, and improved benefits.

Click here to contribute and help make your union stronger. 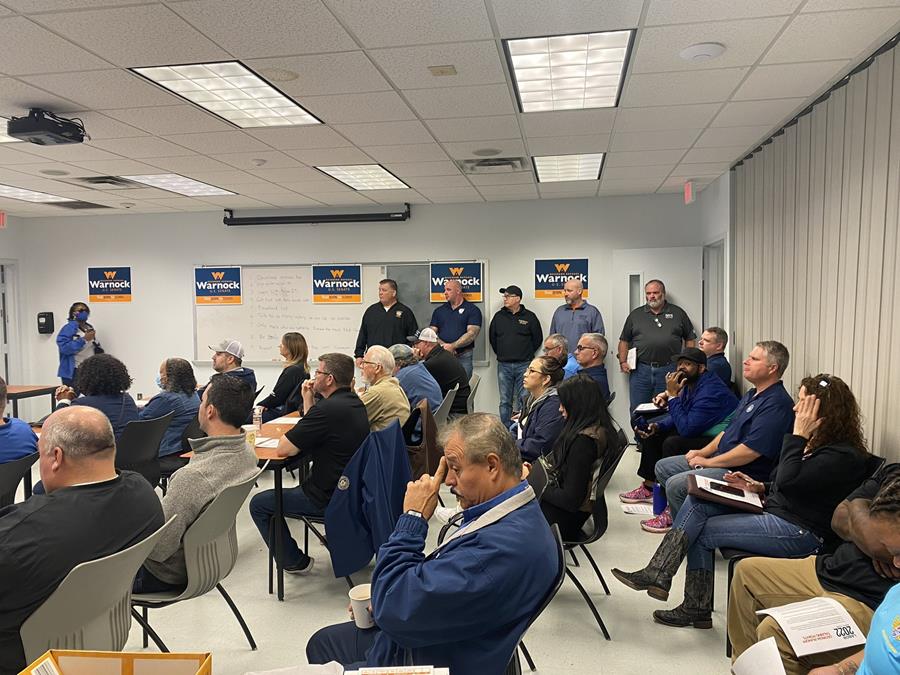 MACHINISTS UNION AND TCU/IAM MEMBERS MOBILIZE TO KEEP GEORGIA PRO-WORKER: Machinists Union and TCU/IAM members, along with the Georgia AFL-CIO, have mobilized over the past weeks to encourage members in the state to get out and vote to reelect worker-friendly U.S. Sen. Raphael Warnock in Georgia’s U.S. Senate runoff on Dec. 6.

“I want to thank all the volunteers, the Legislative and Political Departments and my entire staff for working tirelessly throughout this very important campaign,” said IAM Southern Territory General Vice President Rickey Wallace. “Together, we have contacted thousands of members, helping to ensure the futures and livelihoods of working-class people statewide.”

“As you know, elections have consequences. Our nation’s working people need economic security, safe jobs, and the power to join and form unions,” said IAM International President Robert Martinez Jr. “This is achieved with the help of strong allies like Senator Warnock.”

The Georgia State Council of Machinists has endorsed U.S. Sen.  Warnock because he is an ally in Washington in helping to pass legislation that working families desperately need.