Standing Up for Aerospace, Defense Workers — Continuing the Fight for Airline Workers — Solidarity in Maine

IAM SUPPORTS LEGISLATION TO HELP AEROSPACE, DEFENSE WORKERS: The IAM is supporting legislation that would help prevent mass layoffs in the aerospace manufacturing and maintenance, overhaul and repair (MRO) industries as the nation works to recover from the COVID-19 pandemic.

The Aviation Manufacturing Jobs Protection Act (H.R. 8002), introduced by U.S. Reps. Rick Larsen (D-WA) and Ron Estes (R-KS), would provide up to a 50 percent cost-share of pay and benefits for hundreds of thousands of aerospace and defense employees at risk of being furloughed due to the coronavirus pandemic. The companion bill was offered by U.S. Sens. Mark Warner (D-VA) and Jerry Moran (R-KS).

“We applaud Reps. Larsen and Estes for introducing this innovative payroll support legislation,” said IAM International President Robert Martinez Jr. “Saving this critical industry and the livelihoods of the men and women who have made the aerospace sector thrive for generations is our top legislative priority. The federal funding authorized by this bill will be used for the sole purpose of keeping working families on the job and off of unemployment. As the largest aerospace and defense union in America, we proudly endorse this much-needed legislation and hope it is passed swiftly with bipartisan support.”

Read the IAM’s letters to the House and Senate supporting H.R. 8002. 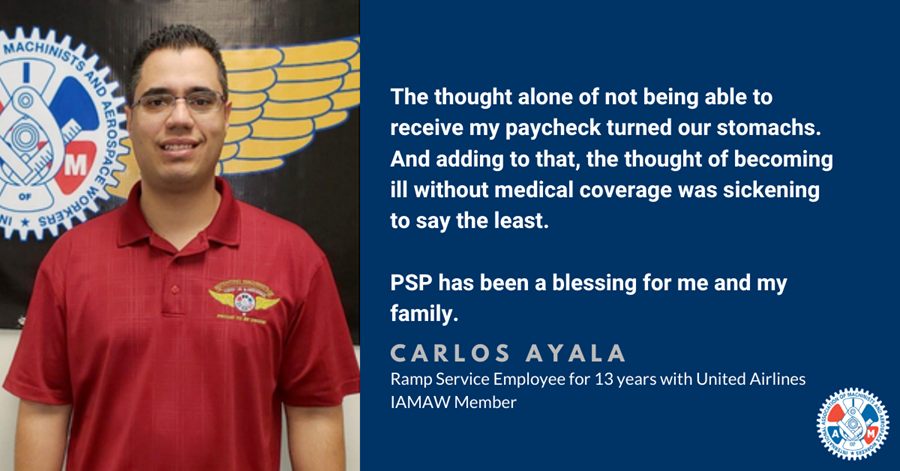 IAM CONTINUES CALL FOR AIRLINE WORKER SUPPORT: The IAM, along with a coalition of airline unions, are gaining momentum on Capitol Hill. After securing support from a bipartisan majority of the U.S. House, the IAM needs your help convincing the Senate that they must act now to save hundreds of thousands of airline jobs before funding runs out on October 1.

The IAM sent a letter to every member of the U.S. Senate encouraging them to support a clean extension of the airline Payroll Support Program, resulting in 16 GOP Senators, led by Sen. Cory Gardner (R-CO), throwing their support behind the program. Democratic Leader Chuck Schumer (NY) has already pledged his caucus’s support for a clean extension.

“The continuation of this program is vital to protecting the livelihoods of thousands of Machinists come October 1,” said IAM Transportation General Vice President Sito Pantoja. “The IAM will continue to lead the fight on Capitol Hill to ensure our members’ futures.”

IAM PRESSURE RESULTS IN MASSIVELY IMPROVED TENTATIVE CONTRACT FOR LOCAL S6 MAINE SHIPBUILDERS: The IAM Local S6 negotiating committee, representing more than 4,300 shipbuilders at Bath Iron Works in Maine, has reached a tentative contract agreement with the company, a General Dynamics subsidiary that builds ships for the U.S. Navy. The agreement keeps existing subcontracting language and protects seniority, the top issues that forced 87 percent of Local S6 members to reject the previous contract and begin the largest strike in the United States on June 22.

“I am so proud of our IAM Local S6 membership for standing strong to protect their families, their collective bargaining agreement and their jobs,” said IAM International President Robert Martinez Jr. “I look forward to our membership doing what they do best—building the best ships in the world for the U.S. Navy. I’d like to extend my appreciation to IAM Grand Lodge Representative Dave Sullivan, the Local S6 leadership and negotiating committee, IAM District 4 representatives, and all the allies we had in this fight.”

Local S6 workers are voting on the new tentative agreement from Friday, August 21 to Sunday, August 23.

IAM FIGHTS PENSION ATTACKS IN GROW ACT: A poison pill in much-needed economic relief for working Americans continues to threaten pensions across the country. The so-called GROW Act would allow multi-employer plans to create new composite pension plans that would refinance their obligation to legacy plans over 25 years. It threatens the retirement security of many beneficiaries.

The GROW Act also threatens the solvency of the Pension Benefit Guaranty Corporation (PBGC) because it doesn’t require the composite plans to pay premiums.

The IAM joins 22 unions and 44 members of Congress in fighting the GROW Act. The IAM strongly supports the HEROES Act, but NOT the GROW Act or any provisions that could weaken our defined-benefit pension system. See the congressional letter to House Speaker Nancy Pelosi opposing the GROW Act. 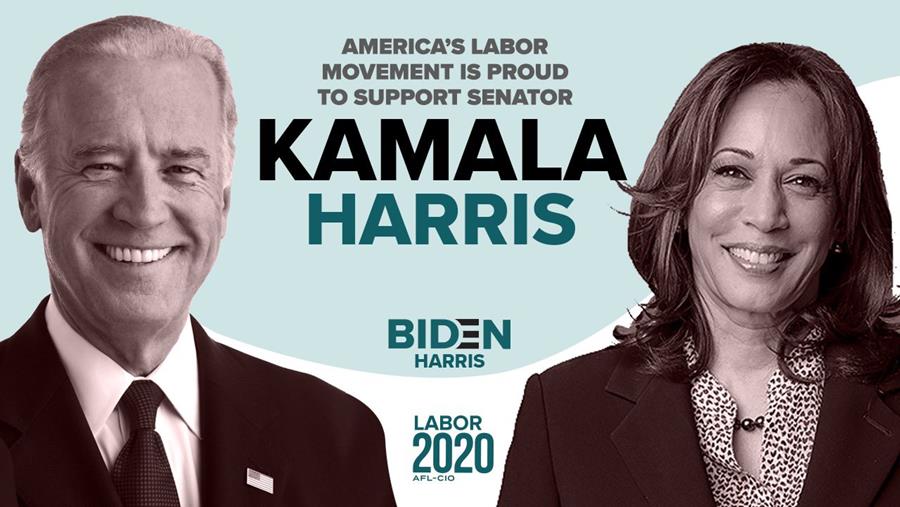 THE IAM-ENDORSED TICKET IS OFFICIAL: The IAM’s endorsed candidate for president of the United States, Joe Biden, is now officially the Democratic nominee. The IAM endorsed Biden after a first-of-its-kind membership vote in March.

In his acceptance speech at the Democratic National Convention, Biden said that “unions did in fact build the middle class.”

“Kamala Harris is a great choice for America’s working families,” said IAM International President Robert Martinez Jr. “She is a fighter who has stood arm and arm with the IAM for COVID aid for airline, aerospace and manufacturing workers, labor rights and prevention of plant closings. Harris was one of the ten Senators who stood with the Machinists Union and voted against Trump’s NAFTA 2.0. The membership of the IAM, in a democratic vote, chose to endorse Joe Biden for President, and the Biden-Harris ticket’s plan to Build Back Better will renew the manufacturing power of the American worker.”

KEEP UP THE DRUM BEAT — TELL CONGRESS TO FUND AMTRAK AND TRANSIT; SAVE OUR JOBS: Please take 30 seconds to contact Congress and tell them to save Amtrak and commuter transit, as well as the jobs associated with them, by keeping the railroads funded as the country continues to fight through this pandemic.

Click here to tell Congress to save Commuter Trains.

A TCU/IAM-led coalition is also supporting an injunction against Union Pacific. Click here to read comments to the Surface Transportation Board outlining UP’s bullying tactics against Metra.