CONGRESS URGED TO PASS TRANSPORTATION INVESTMENT BILL: TCU-IAM is strongly urging Congress to swiftly pass the Investing in a New Vision for the Environment and Surface Transportation in America (INVEST in America) Act. The comprehensive piece of legislation authorizes nearly $500 billion over five years, which would expand funding for AMTRAK and addresses safety issues surrounding the Precision Scheduled Railroading operating model such as a mandate on the number of crew members.

The legislation, recently unveiled by Chair of the House Committee on Transportation and Infrastructure Peter DeFazio (D-OR), is a product of strong lobbying by the TCU and its allies this Congress. That has included TCU, IAM and other labor leaders who have testified before House panels about issues impacting Amtrak and freight members.

The new legislation also comes as AMTRAK has signaled plans to reduce staffing and services due to financial woes caused in-part by the COVID-19 crisis. The rail passenger corporation is using the pandemic to reduce or suspend service on many of the routes across the country with the intention of making them permanent.

IAM URGES THE SENATE TO PROTECT PENSION PLANS: The Machinists Union joined 18 unions in sending a strong message to the U.S. Senate urging them to protect defined benefit pension plans.  The letter urges Senators to swiftly pass the HEROES Act, the house passed COVID-19 recovery bill which includes the much needed Emergency Pension Plan Relief Act.  The letter, however, urges Senators to remove the GROW Act from the HEROES relief package.

The GROW Act, a bill that the IAM has long opposed, would do great harm to the multiemployer pension system and must be removed from the package before passage.

This marks the latest action by Maine’s U.S. House members who have joined the IAM in its concern about the company’s recent intentions to bring in out-of-state subcontractors to perform our IAM members’ core shipbuilding work.

The joint letter also comes amid labor contract talks between the shipbuilder and the IAM.

“Outsourcing potential work at the shipyard through subcontracting weakens efforts to address the development of the yard’s future workforce and will erode Maine’s skilled shipbuilder base over time,” Golden and Pingree wrote in the letter reported by the Portland Press Herald.

“The misguided proposals by BIW to continue the outsourcing of our work and to strip seniority rights from our members strikes at the very core of what we stand for as a union,” Martinez wrote.

Pingree earlier this year sent a firm letter to the company urging them to reconsider their outsourcing decision and prioritize their reliable, proficient IAM workforce.

TRUMP URGED TO ENSURE SAFETY OF FEDERAL WORKERS: The Federal Workers Alliance (co-chaired by NFFE-IAM Federal District 1) sent a letter to President Trump on June 1 to demand that the White House take a leadership position on COVID-19 protocols to ensure the safe return of federal workers to their workstations.

The letter, signed by 24 federal sector unions, emphasizes that general guidance and soft leadership will not work because individual agencies will interpreted guidance differently, and it will result in unnecessary exposures.  The letter states that the same virus requires the same response across government, and communications with unions is critical.

NFFE-IAM OPPOSES BIRD’S FLRA NOMINATION: NFFE-IAM Federal District 1 wrote a letter to the Senate Government Affairs Committee to voice its strong opposition to the nomination of Catherine Bird to the position of General Counsel (GC) of the Federal Labor Relations Authority (FLRA).

Bird has a long and sordid history as an anti-labor management specialists during her time with the VA and HHS, proving her biased and unqualified for the job.  The GC of FLRA has a lot of authority over which cases are heard by the FLRA. If the nomination is successful, it will result in bad faith bargaining and corrupted labor case law for years.

PRESSURE MOUNTS TO SAVE ALCOA JOBS: The IAM continues pouring on support in our aggressive effort to save the roughly 700 IAM-represented aluminum smelting jobs at Alcoa Intalco Works in Ferndale, WA. The IAM recently garnered support from local officials, including Washington state Gov. Jay Inslee (D). The governor’s June 3 letter to company CEO Roy Harvey said that the state stands “ready to help Intalco fully ramp back up, should you choose to do so when global markets improve.”

IAM International President Robert Martinez Jr., has also said the union will continue pursuing efforts to save jobs, including exploring “a new buyer for the Alcoa Intalco facility.” 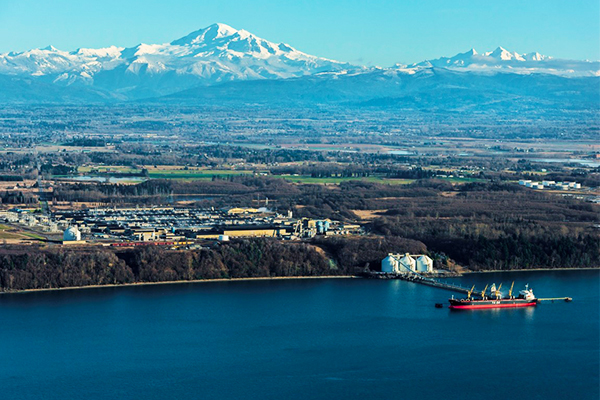 QUOTABLE: “With cooperation on the local, state and federal levels, I believe we can make the necessary policy changes to make this plant attractive to another company with an interest in working with the IAM to produce aluminum right here at home,” –IAM President Robert Martinez Jr. said.

The IAM has also raised the issue with President Trump, demanding that the White House use all means necessary to save the strategically important plant. The IAM also recently received a letter of support from the IndustriALL Global Union, which represents 50 million workers in 140 countries.

AFL-CIO ENDORSES BIDEN FOR PRESIDENT: The General Board of the AFL-CIO recently voted to endorse Joe Biden for president of the United States. The federation is the umbrella organization for the IAM and 54 other unions that represent more than 12.5 million workers.

“Our members know Joe has done everything he could to create a fairer process for forming and joining a union, and he is ready to fight with us to restore faith in America and improve the lives of all working people,” AFL-CIO President Richard Trumka said in a written statement.

In crisis, Amtrak is focused on testing and training for new trains to debut in 2021 Washington Post