The below presentation was prepared by the International Labor Organization (ILO)

The ILO’s Decent Work Agenda and the MDGs go hand in hand, now and post-2015

At the September UN General Assembly in New York, Secretary-General Ban Ki Moon will present his report on the current MDGs and look ahead to post-2015 Sustainable Development Goals (SDGs). One of the 17 proposed new goals includes full and productive employment and decent work for all, which is at the heart of the ILO’s mandate and is critical to ending poverty. However, ILO priorities are reflected in many of the other 17 new proposed SDGs. 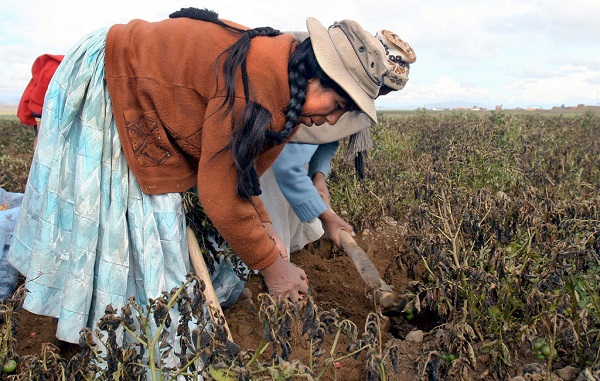 The Americas: Latin America and the Caribbean

There are at least 53 million domestic workers worldwide, 83 per cent of whom are women. In Latin America and the Caribbean, approximately 17 million women are domestic workers and 78 per cent are in the informal economy. The ILO has supported awareness-raising campaigns to improve working conditions and extend social protection, such as organizing Sunday fairs for information on the rights and duties of domestic workers and their employers. These events increased recognition of the National Federation of Domestic Workers of Bolivia, and facilitated dialogue between the union and the Ministry of Labour. The dialogue led to the ratification of the Domestic Workers’ Convention, 2011 (No. 189). A target in the proposed SDG 5 relating to social protections includes, “recognize and value unpaid care and domestic work.”
© Ali Burafi / AFP 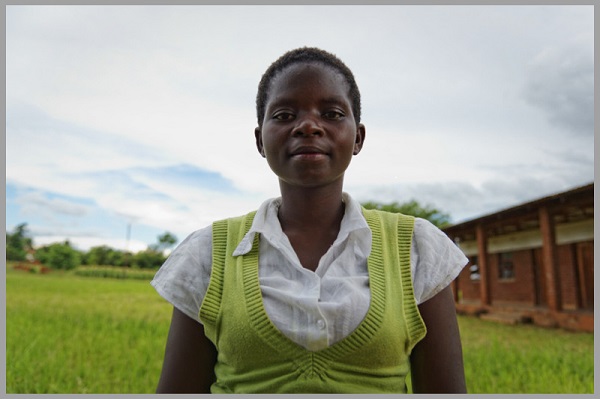 Child labour can be found everywhere, including in Malawi. The ILO’s Support for the National Action Plan to combat child labour in Malawi, called “SNAP” has made a positive difference in people’s attitudes. Pamela, who used to work as a child domestic worker, was removed from child labour and she is now enrolled in a formal youth technical institute recognized by the government, to pursue full training in carpentry. The ILO is working to secure space for former child labourers in centres run by the government, thus improving their lives and ensuring social protections for them. Pamela’s story illustrates a target of SDG 4: “by 2030 [provide] equal access to vocational training for the vulnerable, including persons with disabilities, indigenous peoples, and children in vulnerable situations.”
© ILO photo 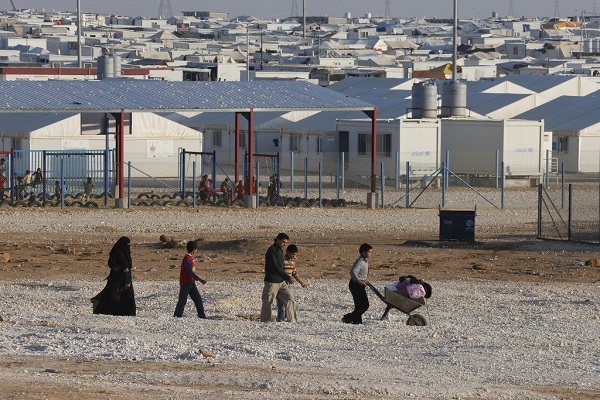 Irbid, a governorate in northern Jordan, hosts more than 170,000 Syrian refugees who have fled the violent disturbances ravaging their country and now represents more than 40 per cent of Irbid’s population. In response to the effect of the Syrian refugee influx on Jordan’s labour market, since September 2013 the ILO has launched a series of efforts to support communities in the country’s northern governorates of Irbid and Mafraq, which together host around half of the Syrian refugee population in Jordan. The aim is to mitigate the impact of the Syrian refugee crisis on Jordan by enhancing access to employment opportunities and livelihoods for residents in host communities. A target within SDG 10 is to “facilitate orderly, safe, regular and responsible migration and mobility of people.”
© Mohamed Azakir / World Bank 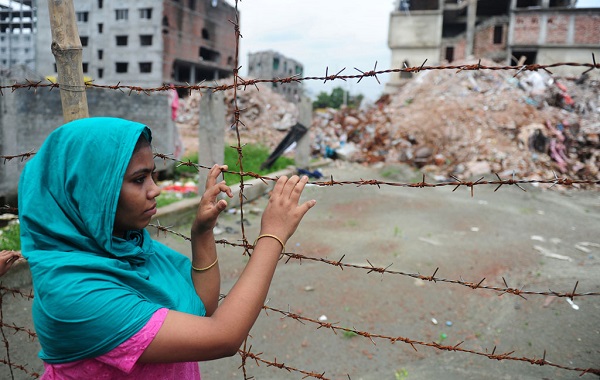 Asia and the Pacific

In April, 2013, the Rana Plaza building housing garment workers collapsed, killing more than 1,100 workers and injuring 2,500. In May 2013, two global unions (Industriall and UNI Global), some Bangladeshi unions and international brands and retailers (now totalling 100), signed an Accord — under which company signatories committed to ensure the implementation of health and safety measures. The ILO acts as neutral chair of the Accord, estimated to cover a combined supply chain of 1,500 factories. Plus, the ILO’s “Better Work” programme will provide advisory services to factories. The ILO’s response illustrates a target related to decent work within SDG 16, which is to “protect fundamental freedoms, in accordance with national legislation and international agreements.”
© Munir Uz Zaman / AFP 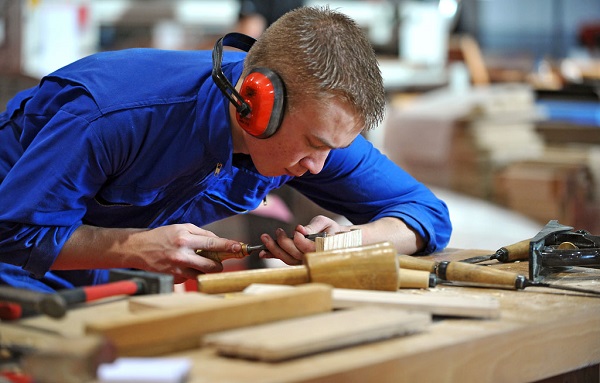 In 2013, in the European Union, 18 per cent of young people were unemployed. Seeking work wherever they can find it, 31 million people have emigrated to find jobs. The ILO and the EU have partnered on employment and social affairs on a long standing basis. Today some 26 projects and programmes are being implemented jointly in 89 countries. The ILO provided technical input for the development of the European Youth Guarantee Scheme adopted by the EU, under which member states agreed to implement measures to ensure young people up to the age of 25 are offered good quality employment, continuing education, an apprenticeship or a traineeship, within four months of becoming unemployed. This ILO priority is tackled under SDG 4, which aims to “by 2030, increase the number of youth and adults who have relevant skills, including technical and vocational skills.”
© Philippe Huguen / AFP 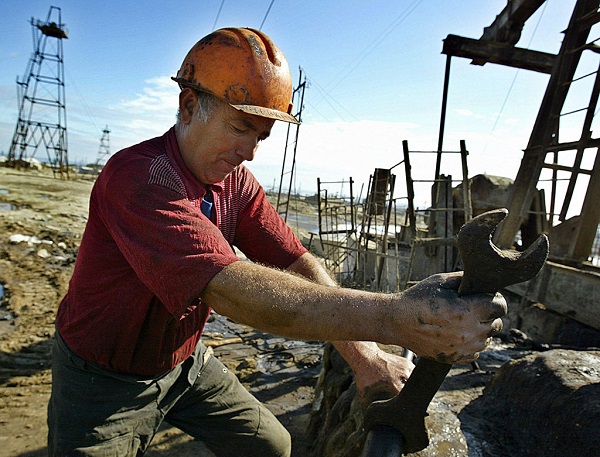 Working conditions in Azerbaijan were improved through social dialogue and in 2012 an action plan on occupational safety and health (OSH) in the construction sector was adopted, which has been implemented by employers’ and workers’ organizations. Trade unions approached 99 construction companies, employing 13,700 workers, to adopt measures to improve OSH at the workplace. They included additional clauses on OSH in their collective bargaining agreements. Help from the ILO has contributed to the development of modern OSH systems in the region including Albania, Armenia, Kazakhstan, Kyrgyzstan, the Republic of Moldova, the Russian Federation, Tajikistan and Ukraine. These changes point to a clear demonstration of a target in SDG 8, which is to “protect labour rights and promote safe and secure working environments of all workers…”.
© Tarik Tinazay / AFP 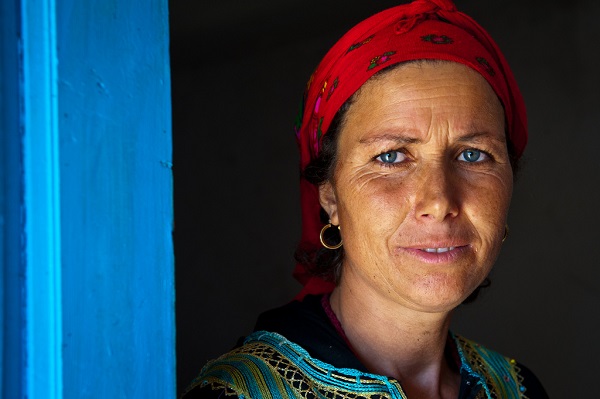 As we move towards shaping the post-2015 Sustainable Development Goals (SDGs), the United Nations wants to know what matters most to you and your family. Take a moment to do the UN Global Survey for a Better World by clicking here.
© Arne Hoel / World Bank