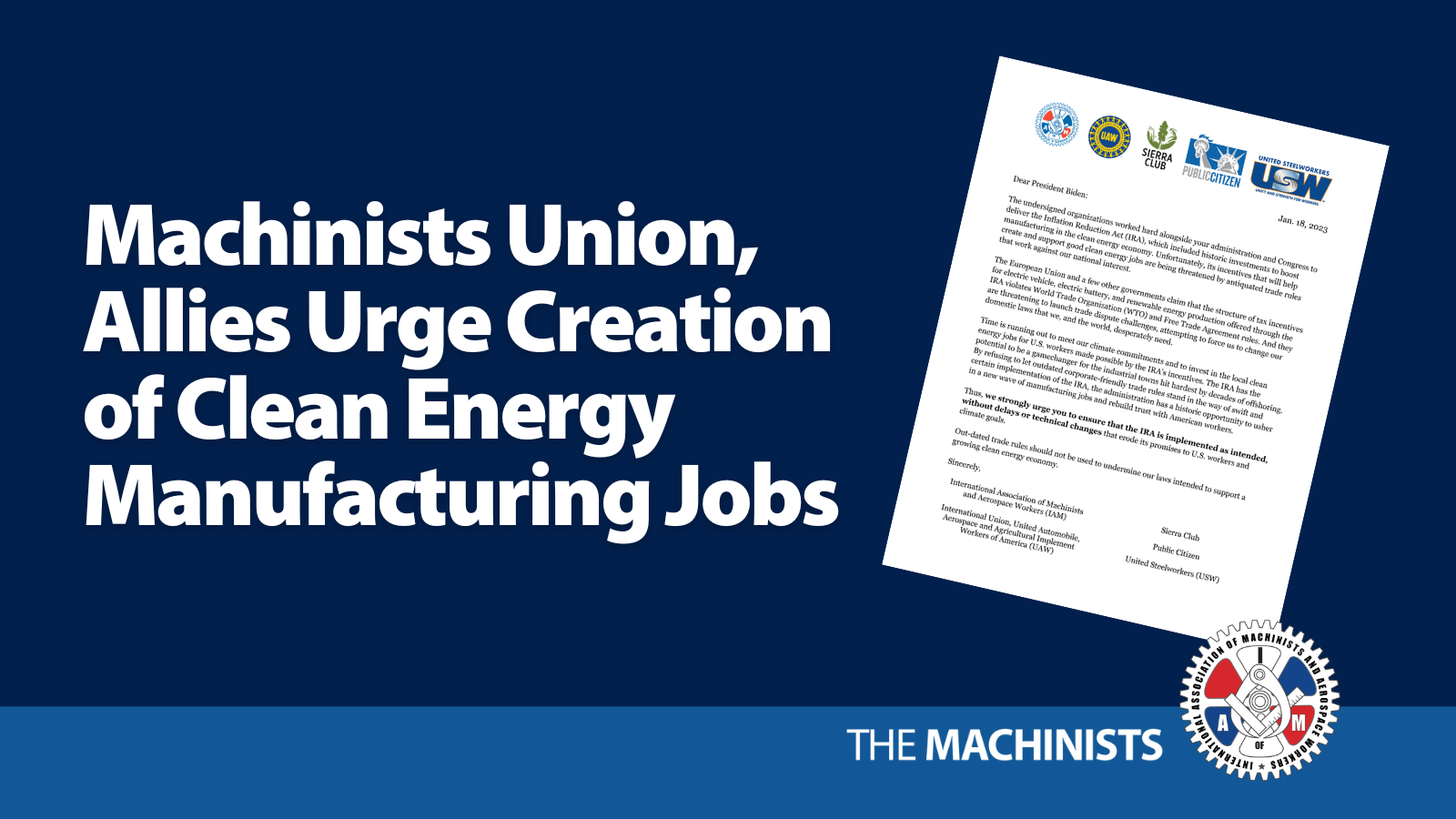 On January 18, the Machinists Union and other labor and advocacy organizations sent a letter to President Biden to ensure that the Inflation Reduction Act (IRA) is implemented as intended, which includes measures to advance a new wave of manufacturing jobs and rebuild trust with American workers taking into account good clean energy jobs.

The letter comes as a response after the European Union and other trading partners’ claims that the structure of tax incentives for manufacturing in the clean energy economy offered through the IRA violates World Trade Organization (WTO) and Free Trade Agreement rules.

“The IRA creates provisions to create and support good clean energy jobs helping communities that have been affected by outsourcing and failed trade policies,” said IAM International President Robert Martinez Jr. “The Administration shouldn’t be dissuaded by outdated trade rules not intended to support emerging industries and must keep its promise to working Americans to reignite our manufacturing industries.”

The IRA has the potential to create historic clean energy investments that would lead to good paying union jobs.

The IAM has made it clear that it will continue to advocate for strong middle-class jobs and will oppose any trade rules that are detrimental for the industries we represent.

The letter sent to the White House was signed by the Machinists Union, Public Citizen, the United Steelworkers, the United Auto Workers and Sierra Club.