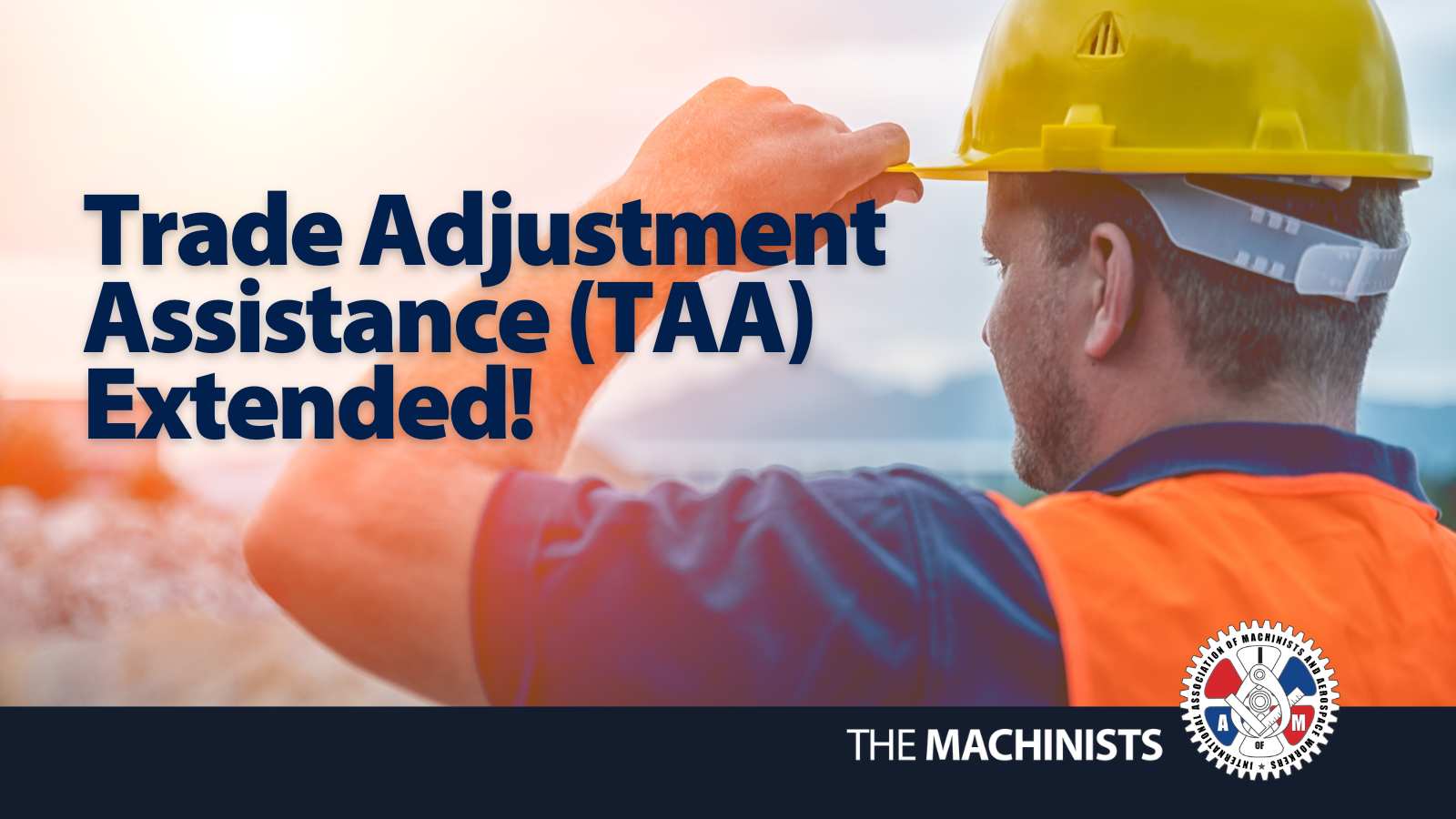 The Machinists Union applauds Congress and the Biden administration for the one-year extension of the Trade Adjustment Assistance (TAA) program, which provides crucial benefits to workers who lost their jobs as a result of outsourcing and unfair trade practices. The $450 million for the U.S. Labor Department program was included as part of the $1.7 trillion omnibus funding bill recently passed by Congress, and signed into law by President Biden.

The IAM, along with allies on Capitol Hill, worked tirelessly to make sure the TAA program was preserved, as many workers and their families’ livelihoods rely on this vital support system that includes tuition assistance and other re-employment services.

Last month, the IAM sent a letter to Congress urging the federal lawmakers to ensure the reauthorization of the TAA program.

“This victory is a step closer to a long-term solution to protect the TAA program that is critical for workers displaced from their jobs by unfair trade policies,” said IAM International President Robert Martinez Jr. “An enhanced TAA program does not only help affected workers, but it also helps their families and communities stay afloat.”

The IAM has made it clear that it will push against bad trade policies, and has been active domestically and abroad advocating for pro-worker trade initiatives such as the TAA program.