No, Companies are Not Coming Back to the U.S. After Years of Offshoring 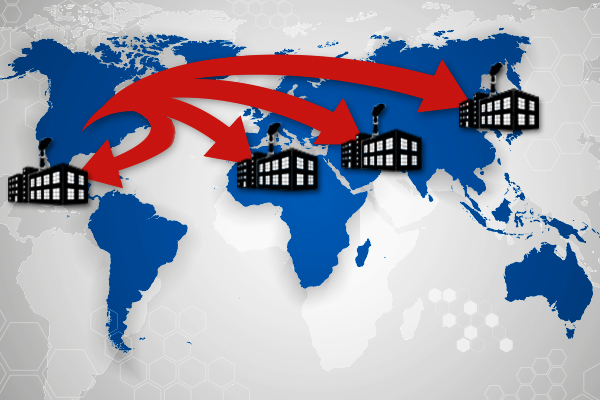 President Trump would have us believe that U.S. companies are flocking back to the U.S. from their offshore locations, “They’re all coming back now. They’re coming back to the United States.” Last week in Ohio he claimed, “…we’ve made extraordinary progress in reversing the tide…”. USTR Robert Lighthizer has proclaimed on more than one occasion, “The era of reflexive offshoring is over,”   backing up the President’s pronouncement. The facts, however, indicate another story.

Take China for example. Data by the Reshoring Initiative,  one of the few organizations that tracks these numbers, does not indicate that a massive number of jobs are coming home from China for one major sector, manufacturing. Under industrial sector headings of “Transport equipment”, Machine Tools, Electrical Equipment, Appliances/Components, Apparel Textiles, and Medical Equipment/Supplies for 2019 and the most recent data available for 2020, only a very limited number of reshoring examples from China are cited. During this period, for all of these categories combined, there were less than 4,000 jobs that companies announced would be added to the U.S. workforce related to China.  Almost all were in transportation equipment while only a handful were in machine tools. No jobs were listed as being reshored from China under any of the other manufacturing categories for the same period.

That means there is still a long way to go to make up for the 700,000 jobs lost to China during the first two years of the Trump administration, and the 3.7 million jobs lost over the past several years as reported by the Economic Policy Institute. Moreover, not all of the jobs that are listed as being reshored are set to be added in the year that they were announced. Some like the 863 reshoring jobs at Mullen Technologies are not to be fully implemented until 2026, seven years after the announcement of the additional jobs.

Even more disturbing is that many of the jobs categorized as reshoring were the result of foreign direct investment – as opposed to U.S. companies moving their investments, production and supply chains home. And remember, this data is primarily based on announcements that jobs will be added, as opposed to the actual number of company hires.

One example listed in the data may actually tell the story about what is happening when jobs move from China. It involves Haitian Huayuan, a company that announced it would reshore 300 jobs from China, not to the U.S., but to Mexico. The Kearney Institute suggested that while some jobs were moving out of China, they may not be moving back to the U.S. Instead, jobs may be moving from China to Vietnam, other Asian countries and notably, Mexico:

2019 saw companies actively adapting to what then felt like a major disruption—the US–China trade war—by reducing imports of manufactured goods from China while increasing manufacturing imports from the other countries in our Asia LCC sample, as well as from Mexico…. The US-China trade war and the recently ratified United States-Mexico-Canada Agreement (USMCA) have accelerated production flow to Mexico. …When viewed in combination with the sharp tariff-related decline in imports from China, these figures strongly suggest that some US manufacturers have used Mexico as a substitute source for manufactured imports.

Even some of the successes touted by the administration do not tell the whole story. Take Whirlpool for example. Last week, the president was in Ohio talking about all the jobs that had been created by Whirlpool. He did not mention, however, that more than 10,000 jobs were now in Mexico contributing to Whirlpool’s products. Some of these jobs were moved to Mexico from the U.S. over the years. He also did not mention exactly how the new trade agreement, USMCA, will bring back these jobs. Nor could he, since there is little in the actual agreement that directly addresses the outsourcing of production of kitchen appliances, aerospace, call centers, food products, and other manufacturing and service sectors.

The simple fact is that contrary to what the president and other administration officials have been saying, not “all the companies are coming back to the U.S.”

There are many reasons for this. As I have said before, one of the major reasons is the lack of a comprehensive plan to bring these jobs home, to create jobs here and to develop a sustainable manufacturing industry for the future. We cannot simply turn around offshoring by doing what the current administration has done: tweeting out tariffs and issuing Executive Orders “encouraging” companies to use domestic sourcing.

All of this is why the recently announced Biden Plan to Ensure the Future Is Made in All of America By All of America’s Workers is so refreshing. If implemented, it would go a long way in turning around the offshoring of U.S. jobs and restoring the U.S. manufacturing sector. Among other things, it includes five essential criteria that are now missing from current efforts to bring manufacturing back:

The Biden Plan is not perfect. A lot of details still need to be worked out. We also know from experience that the path from laying out a vision to actual implementation can be tortuous. But the plan represents a very strong start and is one that is welcome, especially after years of unsuccessfully urging current and past administrations to develop and implement a comprehensive manufacturing policy. It is also especially welcome after hearing from the current administration that offshoring is over and that U.S. companies are all coming back to the U.S., when they are not.