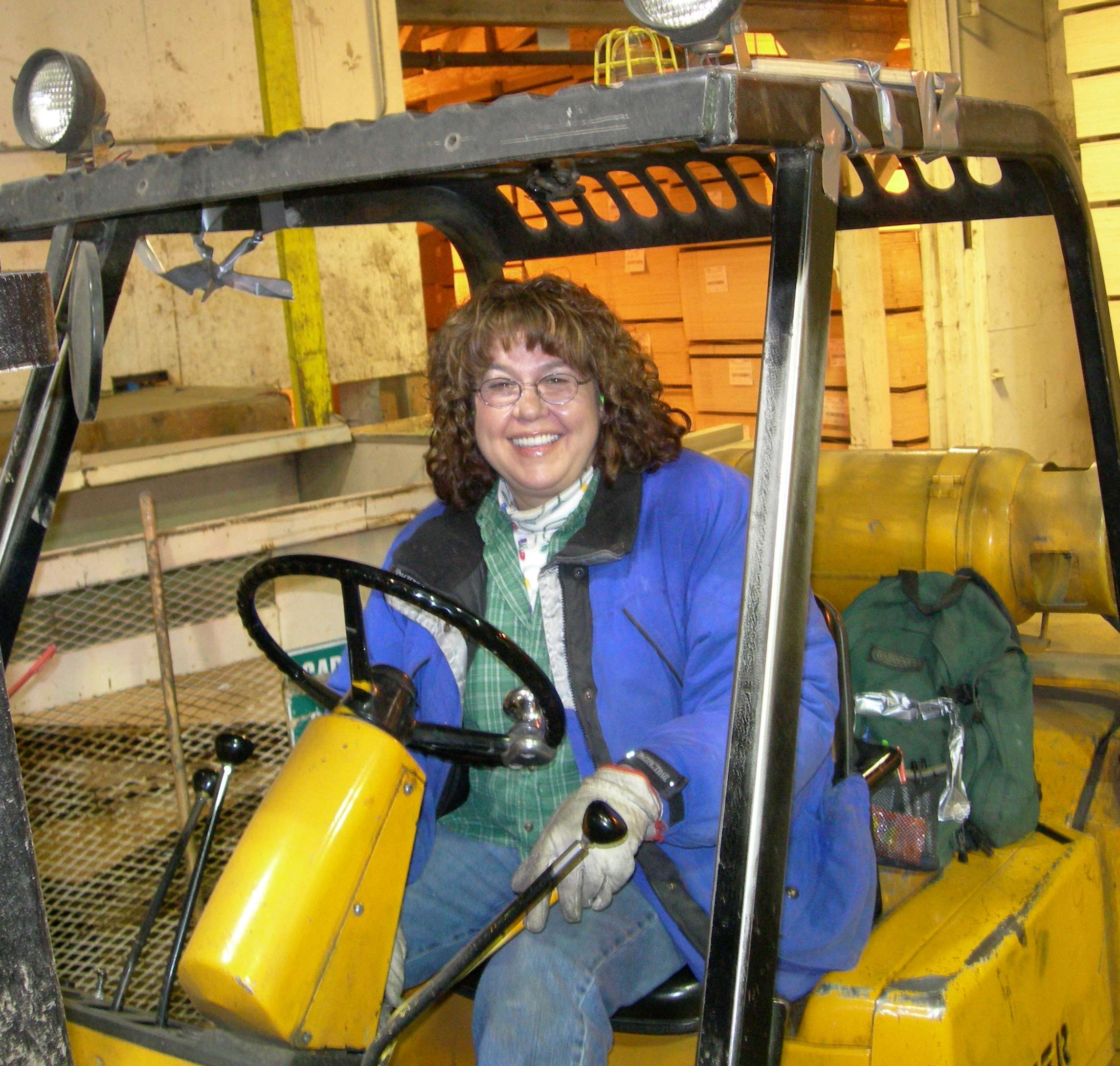 Sister Cheryl Stockebrand is a member of IAM Woodworkers LL W261; which is affiliated with IAM Woodworkers District 1.  She has been an IAM member for 13 years and in that time has served on the Southern Oregon Labor Council as well as served as Editor and Communicator for her local.  In addition, she recently completed a 2-year apprenticeship with the Grand Lodge Organizing Department.

A Hyster-Utility/Stock Clerk with Timber Products, Sister Cheryl was prompted to become more involved with the union out of curiosity; she wanted to know what her union did.  She began attending meetings, helping out with different projects and gained exposure to every aspect of our union.  Sister Cheryl stayed informed and helped other members understand the union and the benefits being a member provides.  She expanded her education to include trainings offered at the Winpisinger Center and an Organizing Apprenticeship.

Sister Cheryl says she’s always felt supported and encouraged by the lodge leaders she’s encountered and strives to offer the same to others.  Getting involved, servicing the members and helping to grow the leaders of tomorrow is what she considers her greatest reward.

In her spare time, Sister Cheryl participates in whatever union activity or initiative that needs volunteers.  In addition, she and her husband support Prospect Search & Rescue by providing meals.

Sister Jacqueline Schmidt is a 7 year member from Local Lodge 1927 in Ontario Canada.  She is currently the lodge’s Recording Secretary, but has also served on the Executive Board as a Lodge Trustee.

Employed as a General Labourer at Dura Automotive, Sister Jacqueline was moved to become more involved in lodge activities by a strong belief in the strength of solidarity and a genuine interest in unionism.  She attended meetings, asked questions and participated in union activities.  Seeing her level of commitment, other members encouraged Sister Jacqueline to seek out a leadership position within the lodge, so she ran for office and won.

Sister Jacqueline says the first step for any sister seeking leadership positions is to get involved.   She encourages them to attend meetings and make sure their participation and conduct demonstrates their level of commitment.  Having attended a few trainings at the IAM’s Winpisinger Educational Center, she further advises everyone to take advantage on any educational opportunity presented to them.