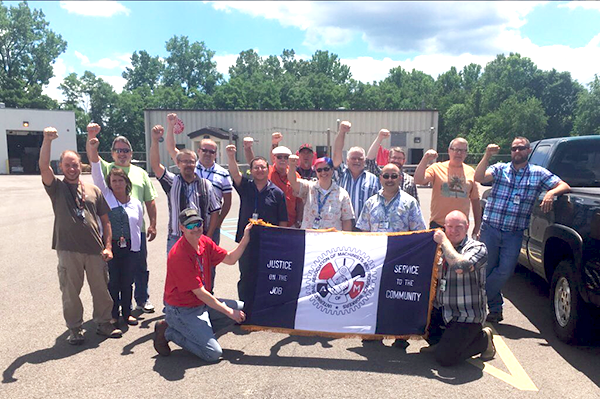 New IAM members working at The Bionetics Corporation in Heath, OH overwhelmingly ratified their first agreement last week. The group which recently joined District 54 fall under the Service Contract Act (SCA) guidelines, which allow for wages, benefits, and working conditions to be set by union bargaining.

“Congratulations to this new group and their first contract,” said IAM Eastern Territory General Vice President James Conigliaro Sr. “They have quickly shown what can be accomplished by joining together and speaking with one voice. I look forward to seeing what is next from this group.”

Members also gained extra paid time of 48 hours per year, paid bereavement, and a peak of $1.25 per hour over the course of the new agreement into the IAM Pension. In addition, the new agreement includes increases in healthcare and a company match up to $2 an hour in the 401k Savings Plan.