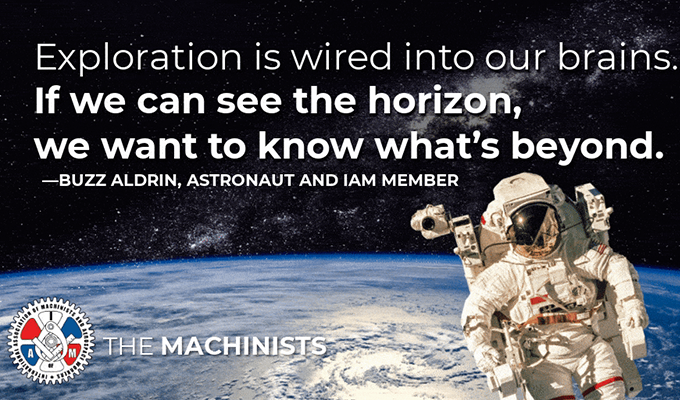 Observed on the first Friday in May, National Space Day is dedicated to recognizing the extraordinary achievements in space exploration and the amazing benefits the world has gained from it. Machinists Union members have been a part of some of the most celebrated space missions and discoveries known to man.

From putting a man on the moon nearly 50 years ago, to discovering a new solar system with Earthlike planets, IAM members are hard at work trying to expand the world’s knowledge or our universe.

So on Space Day 2019, we salute the Machinists Union members who take us to infinity and beyond.