Renegotiation of NAFTA Cannot Be TPP 2.0 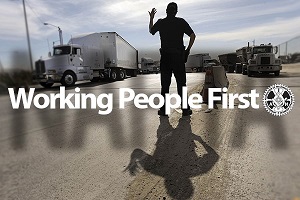 The office of the U.S. Trade Representative released its objectives for renegotiating the North American Free Trade Agreement (NAFTA).

“To begin with, any renegotiation that starts off with the current trade template found in TPP is unacceptable,” said IAM International President Bob Martinez. “Labor provisions, rules of origin, special corporate courts that undermine important food safety and environmental protections, and many other provisions in TPP fall far short of the substantive changes that need to be made in order for trade agreements to begin benefiting working families.”

“Too many U.S. companies are all too willing to move our manufacturing jobs to countries that do not respect fundamental human rights,” said Martinez.

“Any renegotiation that starts off with the current trade template found in TPP is unacceptable.” @IAMBobMartinez https://t.co/HJa3zpOzxT

“Renegotiation of NAFTA represents an opportunity to get trade policy right,” said Martinez.