January 2009
Sister of the Month 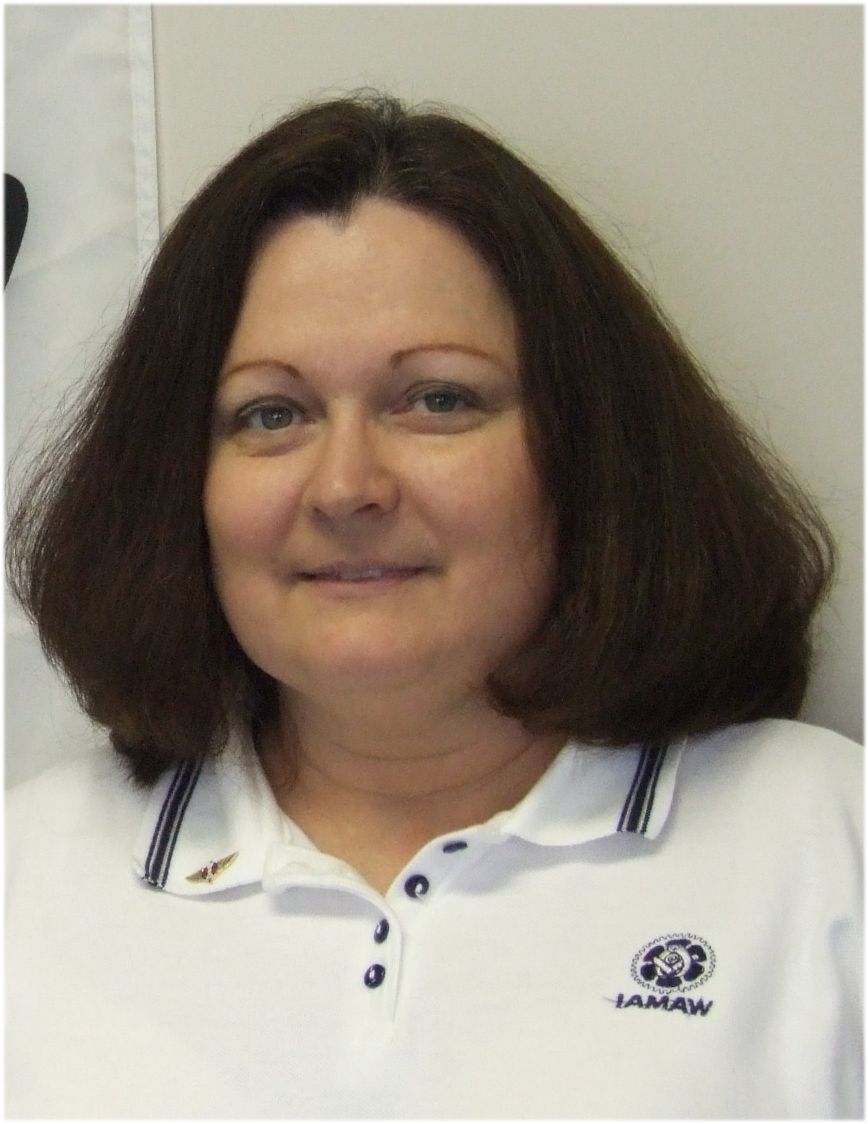 Kathy Petersen is a 12 year member of IAM Local Lodge 839 in Wichita, Kansas.  Sister Kathy was overwhelmingly elected President after having served as the lodge’s Vice President.  She is the first woman to hold each of those offices in the history of the local.

Employed as an Inspector for Spirit Aero Systems, Sister Kathy became more involved with her union after the company was sold by Boeing to Onex Corp. and a lot of active members were lost.  Seeing there was a need, she stepped up and volunteered.  Sister Kathy serves on numerous committees and is involved in various activities at the local, district and within the community.  She has become an effective leader by reading the bylaws, learning the constitution, asking questions and making mistakes.  Sister Kathy advises, “it is important to learn from your mistakes and keep the lines of communication flowing in all directions!”

For other sisters wanting to get involved and become leaders, Sister Kathy says, “Don’t second guess yourself.  Do the right thing for the right reasons and always remember to communicate.”

As a leader of the local, Sister Kathy is involved in a lot of activities, organizing in particular.  She has worked tirelessly to organize non-represented workers.  It’s her goal to help build a stronger union and encourage other sisters to be more active.

Most recently, Sister Kathy was one of the recipients of the Women in Organizing Grant awarded by the Berger Marks Foundation.