July US Sister of the Month
Cynthia K. Brehmeyer

Sister Cynthia Brehmeyer is 17 year IAM member.  She is a trustee on the Executive Board for Local Lodge W-38, which is affiliated with IAM District Lodge W-1.  Active in her local as a Shop Steward and member of the Negotiating Committee, Sister Cynthia admits that the E-Board position, “fell into her lap” when there was a vacant seat on the E-Board.  She saw a need and stepped up to fill it.

A Corrections Officer with the Mason County Sheriff’s Dept., Sister Cynthia says the biggest obstacle is getting other members more involved.  She encourages everyone to step up and volunteer as a way to become more active.  It’s clear her hard work and dedication have won her the respect of her sisters and brothers, as they voted her Officer of the Year in 2000.

Sister Cynthia enjoys writing, drawing and gardening in her spare time.  She is also an EMT for the local fire department and serves on the E-Board for the State Jail Association as well. 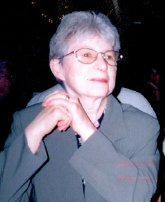 IAM Sister Valerie Folk is a 35 year member of the IAM and has served on the Executive Board for the past 30 years.  A retired production worker from Moduline Industries clearly understands what it means when the say, “You can retire from your job, but not your union.”  She is still very active on the Canadian National Women’s Committee, in her district and is the Recording Secretary for Local Lodge 2711.

Sister Valerie first became active by volunteering for things within the union.  Very soon she became a shop steward and ultimately was elected Recording Secretary.  She was first motivated because she didn’t like the way employees were being treated by the company and felt compelled to act.

When encountering obstacles, Sister Valerie says persistence gets her through, admitting, “I never like to get beat on an issue.”  She is most proud of her involvement with the National Women’s Committee Quilt, her work with the Executive Board of her district and helping a sister from another local work through the process to get justice.